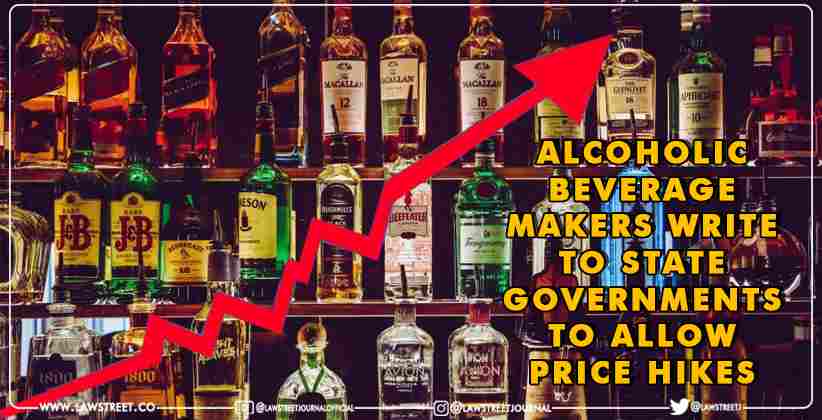 The Confederation of Indian Alcoholic Beverage Companies (CIABC) that includes Radico Khaitan, Allied Blenders & Distillers and Amrut Distilleries among others have recently written to the state governments to allow alcoholic beverage makers to hike prices to offset the rising input costs due to the Pandemic.

The Confederation of Indian Alcoholic Beverage Companies (CIABC) will further be reaching out to all state governments with regards to the pricing challenge.

It is in the process of writing to states such as Delhi, Haryana, Punjab, Telangana, Andhra Pradesh, Kerala, Rajasthan, Madhya Pradesh, Odisha, Chhattisgarh, and others.

In India, nearly 15% tax revenue gets generated from the liquor industry. While adding to this, in its letter, CIABC also mentioned that the prices of key raw materials continue to rise with the price of Extra Neutral Alcohol (ENA), a key ingredient of liquor rising by 5 percent and the cost of vatted Malt Spirits increasing by 10 percent as well as cost of dry raw materials also going up.

In addition, prices of mono cartons have also increased by (14-17 percent) and of labels by (11-13 percent) and travel expenses have also been affected by hike in fuel prices by 15 percent. An all round increase in both dry and wet goods have increased the pricing of Alcohol beverages and the surge is mainly attributable to the pandemic

Radico Khaitan also alluded to rising raw material prices in the earnings call for the July-September quarter where it is said that gross margins were impacted due to commodity inflation particularly in the non-IMFL (india made foreign liquor)  business and significant increase in package material.

Confederation of Indian Alcoholic Beverage Companies (CIABC) further added in the letter that it has advised member companies to approach states to seek price increase for their product based on their individual cost, urging states to consider their requests.

The CIABC also stated that price hikes are being sought to cover up increase in costs and not for their commercial gains in particular.