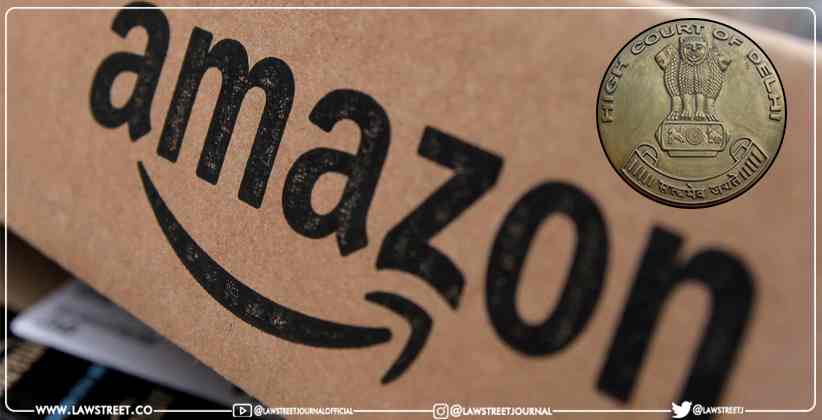 While hearing a petition seeking compliance with the single-judge bench order allowing Amazon's application to enforce the emergency award against the Future-Reliance deal, the Delhi High Court informed Future Group that if a stay is not granted by the Supreme Court within four weeks, it will proceed with order compliance.

The development came after Senior Advocate Parag Tripathi, appearing for Future Coupons Pvt. Ltd. and other respondents, informed Justice Suresh Kumar Kait that they had filed Special Leave Petitions in the Supreme Court against the single judge order dated March 18, 2021, which are set to be heard by the Apex Court in the coming weeks.

Senior Advocate Darius Khambata, representing FRL, informed the Court that he is in the process of filing an SLP, which should be completed within a day or two. As a result, he requested that the matter be postponed for two or three weeks.

The Court ordered the following while adjourning the case to September 16,2021:

"I hereby make it clear that if they do not obtain a stay order from the Supreme Court before the next date of hearing, this court will proceed with the matter regarding compliance with the court's order dated March 18, 2021."

Senior advocate Gopal Subramanium, appearing on behalf of Amazon, argued that Justice Midha's order was effective and must be followed in light of the Supreme Court's decision.

Justice JR Midha ruled on March 18, 2021, that Future Group had raised a speculative nullity claim and that Amazon's investment did not violate any laws. As a result, the Court dismissed the Future Retail Group's arguments at a cost of Rs. 20 lakhs.

The Court went on to rule that the respondents willfully and deliberately violated the interim order dated October 25, 2020 and are liable for the consequences outlined in Order XXXIX Rule 2A of the Code of Civil Procedure.

The Court also ordered that the property of Respondents 1–13 (Future Group companies and their promoters, including Kishore Biyani) be attached. Furthermore, the Court orders the respondents to file additional affidavits outlining the specifics of their assets and property.

It was also determined that the Emergency Arbitrator correctly applied the 'Group of Company' doctrine to the Future Group companies.

In light of this, the Court also issued a show cause notice to Respondents, asking them to explain why they should not be detained in civil prison for violating the dated October 25th, 2020.

In another development, the Supreme Court earlier this month ruled in favour of e-commerce behemoth Amazon in its dispute with Future Retail Limited (FRL) over the latter's merger agreement with the Reliance Group.

The Supreme Court ruled that an Emergency Award issued by a Singapore arbitrator halting the FRL-Reliance deal was enforceable in Indian law, and that a single judge's order was not appealable to the High Court's division bench under Section 37(2) of the Arbitration Act, 1996.