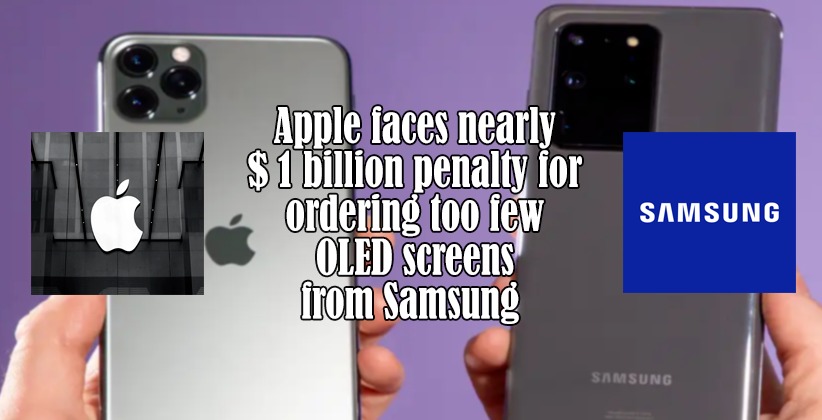 Apple has reportedly charged Samsung a penalty of nearly $1 billion for failing to buy OLED displays as requested. Samsung Display is the main OLED supplier to Apple for its iPhones.

It was claimed earlier that Apple had paid Samsung about $745 million for failing to meet the purchasing demand for the OLED display. Yet a recent Display Supply Chain study says the liability was only around $950million.

Samsung hasn't disclosed the number, but Apple's penalty is estimated to close in at $1 billion. This payment also helped to reverse the loss to a profit for Samsung Display.

Anything like this is not the first time it has happened. Apple too faced a cost last year for not purchasing Samsung's OLED panels as agreed. Apple reportedly charged Samsung some $684 million last year as a penalty.

Weak demand and sales due to Covid-19 are expected to result in Apple not meeting the requirement for OLED panels.

Apple is also expected to move from Samsung Display to China's BOE Tech as its largest iPhone 12 series OLED supplier. Its expected that Apple will launch four iPhone 12 models with 5 G support this year. OLED displays are officially available on all four 5 G iPhones.

US Carries Out Its First Federal Execution Since 2003