BharatNet Contracts: Delhi HC comes down heavy on firm for not replying to claims of 'fraud' 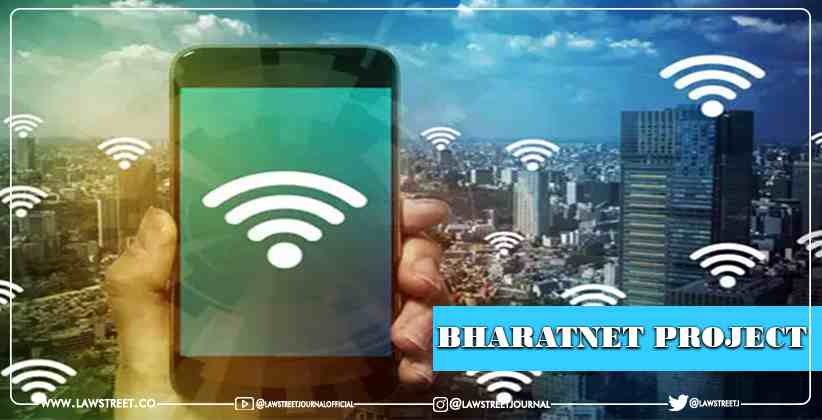 The Delhi High Court on October 4, 2021 came down heavily on a firm for not replying to a society’s plea alleging harassment and intimidation by police after it filed certain documents in a petition challenging the award of contracts under the BharatNet project.

Saying it deprecates the practice of maintaining silence, the high court granted four weeks to CSC e-Governance Services Ltd (CSC SPV), which the petitioner society claimed was a private company but allegedly projected itself as a government entity to get the contracts on nomination basis, to file reply and listed the matter for further hearing on November 29, 2021.

“We do not understand why respondent 4 (firm) is maintaining silence and what is the purpose of this silence,”  the bench of Chief Justice D N Patel and Justice Jyoti Singh said.

The bench stated that despite sending a notice to the firm long back, a reply has not been filed. “We deprecate the practice of maintaining silence,” it noted.

The court on September 2, 2022, issued a notice on the application by the petitioner society, Telecom Watchdog, which has claimed that its Secretary received a notice from police in connection with an FIR registered at the behest of the Centre to investigate the leakage of documents and amounted to obstruction of justice and criminal contempt of court.

The society's lawyer Prashant Bhushan sought an order for protection from any coercive action, which was refused by the bench saying that in case of any difficulty, the petitioner can immediately approach the court.

During the hearing, Additional Solicitor General Vikramjit Banerjee, representing the firm, claimed that the application was mala fide and said he would file the reply on Tuesday.

However, this did not go well with the bench which said this means the affidavit is ready and the firm was not filing it.

The bench said: “What are you waiting for? Explain why the affidavit was not filed or else we will impose cost which shall be deducted from the salary of the erring officer.”

To this, Banerjee apologised for the delay and said the reply was not filed as they were convinced that it was a mala fide application which was their primary submission.

He said he has a lot to say regarding the allegations made in the plea and will immediately file the affidavit.

Bhushan had earlier contended that certain information by way of the documents was brought to the notice of the court in public interest and the petitioner should be protected as a whistle-blower.

He had said file notings which are in public interest need to be disclosed.

In the application, the society has asserted that the documents “show huge corruption in the higher echelons of the government and their disclosure is highly significant for upholding larger public interest”.

The application states that a “complaint dated February 15, 2021 filed before Delhi Police was triggered at the behest of the Department of Telecommunications (respondent no. 1)”, and “instead of bringing any grievance before this court when this court is already seized of the matter, the respondent no.1 herein chose to get the FIR registered, specifically targeting the petitioner herein”.

“The said documents are not at all concerned with national security or relationship with a foreign nation etc..,” the application adds.

Additional Solicitor General Chetan Sharma, representing the Centre, had objected to the application saying the allegations were without any basis.

On December 18 last year, the court had issued notice on the society's petition challenging award of contracts to Common Service Centres e-Governance Services Ltd (CSC) for installing WiFi access points in villages across the country under the BharatNet project without following the tender process.

The court was informed that CSC was a special purpose vehicle (SPV) created by the Ministry of Electronics and Information Technology (MeitY) for providing e-governance services under the public-private partnership (PPP) model.

The petition, filed through advocates Pranav Sachdeva and Jatin Bhardwaj, contended that CSC SPV was a private company, but was allegedly projecting itself as a government entity to get the contracts on nomination basis.

The NGO has further alleged that after receiving contracts from the government, CSC SPV passes on the same to its wholly owned subsidiary -- CSC WiFiChoupal Services India Pvt Ltd (CSC Choupal) -- which in turn passes on the contracts to various other private companies, without any tender.

It has also sought a direction to CVC to investigate the NGO''s complaints made in 2018 and this year against the award of contracts to CSC in a time-bound manner.

The petition has further sought directions to the Centre not to award any contract in future to CSC SPV or any other entity without following a transparent competitive tender or auction process.