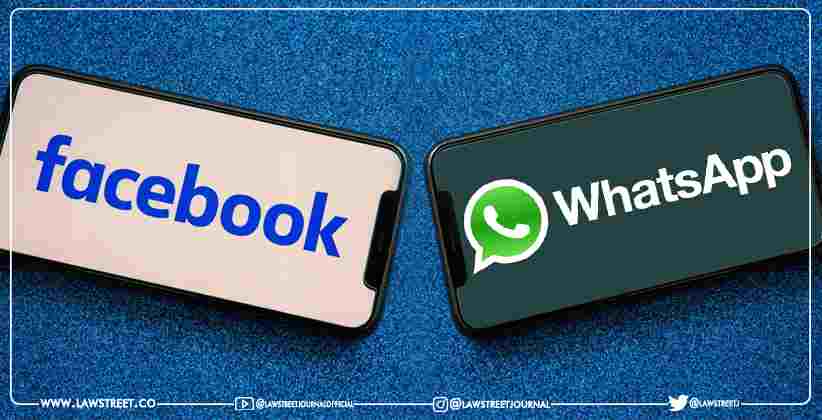 A single-judge bench led by Justice Navin Chawla of Delhi HC declined Facebook Inc. and its subsidiary WhatsApp’s challenge to the order by the Competition Commission of India directing a search into WhatsApp’s new privacy policy for being allegedly ‘anti-competitive.’

The court declared that there is no firm basis in the petition and refused to revoke the CCI probe. This matter was argued by three parties, Sr. Adv Harish Salve for WhatsApp. Sr. Adv Mukul Rohatgi for Facebook and Additional Solicitor General Aman Lekhi for the CCI.

Salve for WhatsApp stated that CCI’s order was infringing upon an issue outside its bounds. He insisted the Government to make a law on the issue.

He also added that the primary aim of the policy in question, also known as the ‘2021 policy’ is to provide the users more transparency and to inform users how businesses work. He submitted before the Court that WhatsApp cannot see the private and personal conversation, they are encrypted and protected by end to end.

He added that the new policy was formulated purely for business, to enable them to use WhatsApp in a particular way.

Mukul Rohatgi argued that it was nobody’s case that it is a joint policy. He also raised the issue of jurisdiction, further emphasizing that CCI was an “inferior” body that cannot adjudicate upon this issue. He states that CCI can’t jump into the issue saying that “it is a creature of the statute,” and jump into the issue which is already pending before the constitutional authorities.

ASG Aman Lekhi for CCI, on the other hand, argued that it was acting within its ambit. He further added that CCI comes into the picture when there is abuse of power. He said that the order passed by CCI was correct in all the sense. The analysis of the data collected by WhatsApp will give even more information about an individual.