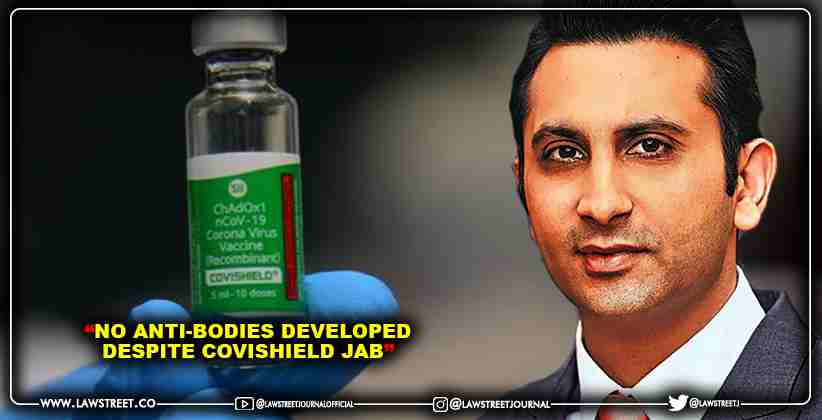 Pratap Chandra, a resident of Lucknow has filed a complaint against Serum Institute of India CEO Adar Poonawalla and others alleging that he has not developed any anti-bodies despite taking his first dose of Covishield.

In his complaint, Pratap Chandra states that he took his first dose of the Covishield vaccine on April 8 and was scheduled to receive his second dose after 28 days. Later, the government issued guidelines and increased the time gap between two doses from 28 days to 6 weeks to 12 weeks. Citing ICMR Director Balaram Bhargava who told the media that a good number of antibodies are created after the first dose of vaccination he alleges that he did not develop any anti-bodies and his platelet count dropped.

“I took the first dose on April 8. As per the recent government guidelines, we need to wait for a minimum of 12 weeks to take the second dose. Out of curiosity, I wanted to know whether I developed antibodies in my body or not. I got myself tested at a nearby government-approved lab on May 25 and found that I did not develop antibodies, instead, my platelets were reduced to 1.5 lakhs from 3 lakhs. This is not only disappointing but hazardous for my life”, he stated in the complaint.

Pratap Chandra alleges that he has become more prone to Covid after taking the vaccine as his platelet count has reduced drastically.

The police have registered the complaint but have not filed an FIR. Taking into consideration the sensitivity of the matter, the police have informed the top officials before taking any further action.

Pratap Chandra threatened to move the court if no FIR is filed in this matter.

“If FIR is not filed, then I will move to the Court. I have also mentioned in this complaint all those government institutions, who authorized this vaccine for vaccination. This matter is being considered by higher authorities after which further action can be taken”, Chandra added. 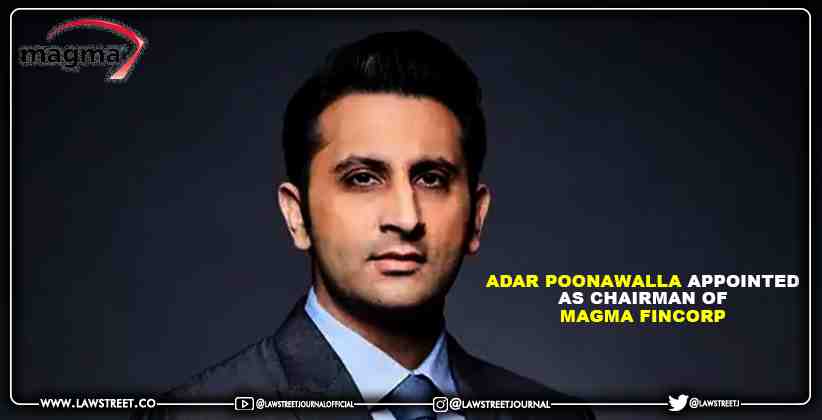 Business Jun 02, 2021 Pariyal Gupta ( Editor: Ekta Joshi ) 1 Shares
1 Share
Adar Poonawalla on Monday (May 31, 2021) took over as chairman of Magma Fincorp, a Mumbai-based non-banking financial company. The appointment follows the acquisition of controlling stakes in Magma through an equity fusion of Rs 3,456 crores in May 2021 by Rising Sun Holdings.Poonawalla is also the CEO of Pune- based Serum Institute of India, the world’s largest vaccine manufacturer. With 60% shares owned by Rising Sun Holdings, Magma Fincorp is now a part of the Poonawala Group. The...
Read full post 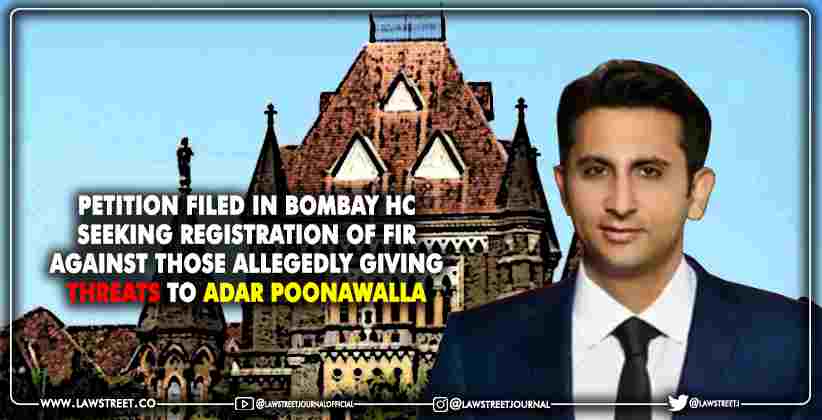 Crime, Police And Law May 08, 2021 Aishwarya Gairola. ( Editor: Ekta Joshi ) 52 Shares
52 Shares
A petition has been filed in the Bombay High Court seeking registration of FIR against those alleged to have threatened Adar Poonawalla, CEO, Serum Institute of India (SII). The writ petition filed by Advocate Datta Mane additionally seeks directions to the Pune police to provide ‘Z-plus security to Poonawalla and his family and also protect the property of Serum Institute of India.The petition has been filed in the light of the recent revelations made by Poonawalla in an interview...
Read full post