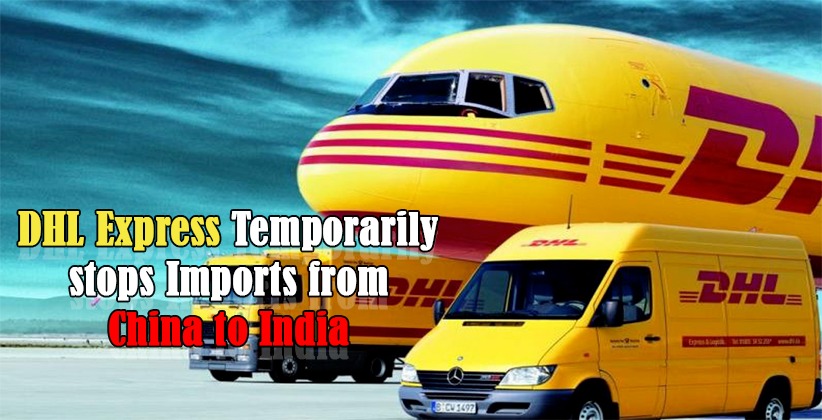 Business Jul 03, 2020 Ishita Joshi ( Editor: Ekta Joshi ) 3 Shares
3 Shares
In a bold move on Wednesday, 1st July 2020, German Logistics Company DHL temporarily halted picking up import shipments from China to India after border tensions between the two countries rose which led to clearance delays. Import consignments from China are facing hurdles at some ports including Chennai and Mumbai. Customs authorities have cited that there will be delays in clearing Chinese shipments, but no reason has been stated. It was stated by some Chennai Customs Zone Officials that the checks were being carried out on the basis of specific- intelligence-based inputs. Importers and industries are seeing it as a chance to change their import patterns, especially of non- essential goods amid the calls for reducing the consumption of Chinese goods due to border tensions between the two counties. Another leading freight carrier FedEx Corp has also halted shipments, adding that the company is experiencing backlogs outside its control. FedEx was not immediately available for statements. The DHL representative stated that the recent lag in customs clearance of cargo to India led the shipping company DHL Express India to temporarily halt pick-ups from mainland China, Hong Kong, and Macau. DHL did not comment on the nature of the shipments that were delayed. Reportedly, goods, including products from US companies Apple, Cisco, and Dell, were caught up in border disputes as Indian ports halted shipments from China. Pharmaceutical ingredients and other products await government approval at ports, noting that pharmaceutical firms were not aware of why their exports had been halted. United Parcel Service and Amazon India did not respond immediately to requests for information on potential delays in shipping.  A statement released by DHL Express said, “DHL Express India confirms it is temporarily suspending pick up of import shipments from mainland China, Hong Kong, and Macau due to recent delays in Customs clearance of shipments into India. We are in close contact with our customers to keep them abreast of the developments.” Since Tuesday, stakeholders in India's export-import (EXIM) logistics chain have been struggling with an "internal, oral instruction" from customs to all freight custodians, including port terminals, container freight stations (CFS) and airports, to hold all containers originating in China until they have been re-examined and approved by customs.  On 26th June 2020, DHL Express suspended picking consignments from China, Hong- Kong and Macau scheduled to be destined for India with immediate effect for 10 days. DHL Express stated that the move comes amid the uncertainty of clearance of consignments from China and Hong Kong at seaports and airports in India. In an email sent to clients who were adversely impacted by DHL Express, “Over the last few days we are witnessing a severe lag in customs clearance for shipments originating from China, Hong Kong, and Macau across all the ports in India.” The letter added, “This [the lag in clearance] has led to uncontrollable queuing, congestion, and delays of shipments in our clearance ports across the country.”