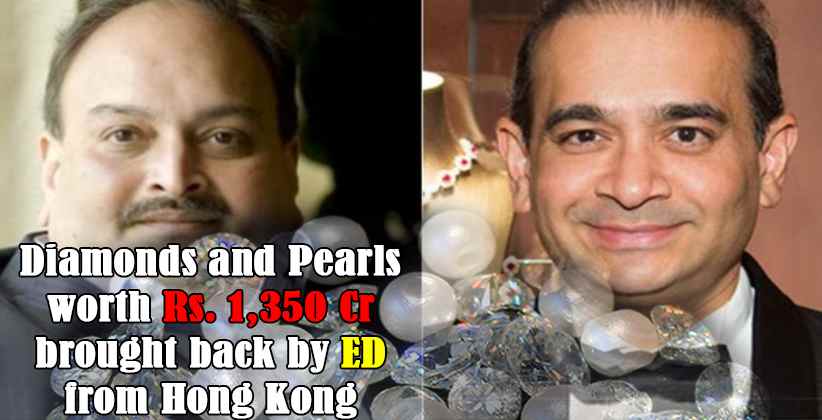 Around 32 out of 108 consignments that landed at Mumbai belonged to Nirav Modi’s controlled overseas entities, whereas the rest of them belonged to Mehul Choksi firms.  In connection with the USD 2 million alleged bank fraud, both the businessmen are being probed by the ED under the Prevention of Money Laundering Act (PMLA), 2002.

The valuables worth Rs 1,350 crore include polished diamonds, pearls and silver jewelry.  Along with the authorities in Hong Kong all legal formalities were completed by the ED officials in order to facilitate the movement of these valuables from Hong Kong to India. However, these valuables have now been formally seized under the PMLA.