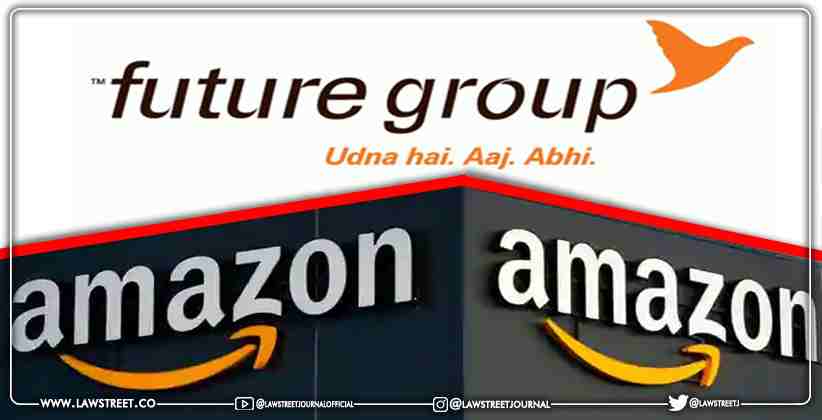 The article discusses the ambiguity in the enforceability of foreign seated emergency arbitral awards. It also talks about the global scenario and acceptability of emergency arbitration. Lastly, it analyses the Future Ltd. vs. Amazon.com judgement in thorough detail.

WHAT IS EMERGENCY ARBITRATION?

The judgement of Delhi High court in the case of Future group Ltd. v. Amazon NV bought the question of enforceability of arbitration awards given by emergency awards to the forefront again. Emergency arbitration is a form of urgent relief granted to a party or parties to protect their assets and evidence from being lost. The award is only an interim relief granted for a stipulated period of time. The purpose of emergency arbitration needs to be considered when discussing its validity. If the award granted by emergency arbitrator is not granted and acted upon in a timely manner then the purpose isn’t fulfilled and act becomes redundant.

There are two sections of importance to understand the dichotomy of foreign seated emergency arbitration awards. Section 17 which gives permission to arbitral tribunal to order interim measures as it deems appropriate, is applicable only to Tribunals in India. Since section 17 comes within Part 1 of the A & C act, as per the Bhatia and BALCO judgements only agreements executed prior to 6 September 2012 are applicable to foreign seated awards. Bhatia and BALCO judgement have made section 17 unenforceable to judgements seated in foreign tribunals which doesn’t leave any direct avenue for parties to get their relief. [1] Section 9 on the other hand, states that parties can apply for interim relief before the enforcement of arbitral award. As per part II of the act, awards by emergency arbitrator are not recognised.

The position in India is affected by the location of the arbitral tribunal. There are different consequences of emergency arbitration proceedings set in India and if the arbitral tribunal is seated abroad. In Raffles Design International India Pvt. Ltd.& Anr. v. Educomp Professional Education Ltd.& Ors. [3] the court has clearly held that foreign tribunals Emergency award cannot be enforced in India but parties can apply for the indirect enforcement through section 9 of arbitration and conciliation act. In raffles the parties had obtained relief from a tribunal set in Singapore. And post the order wanted relief from Delhi HC when one of parties acted in contravention to the order given by arbitrator. The Delhi HC accepted the maintainability of such petitions indirectly as long as there is no inconsistency with the law of the land.

The most recent case to make this debate popular again is the Amazon judgement. While a single judge bench has upheld the enforceability of emergency arbitration the matter is pending before the Supreme Court. Among the imperative questions decided by the bench, the question of what is the legal status of emergency arbitrator was also discussed. The case involves a billion-dollar deal between Reliance and Future group Pvt. Ltd.  Future retail limited group tried to make a transaction with the Mukesh Dhirubhai Ambani group which is a restricted person as per shareholders agreement. Amazon, the petitioner, in this case held the belief that the agreement between Reliance and Future Retail ltd. was against the shareholders agreement.

In this case the emergency arbitrator held that prima facie a case can be made against the respondents. The arbitrator also held there would be irreparable damage if interim relief not granted and hence put an injunction on the transaction between Reliance and Future ltd.

The Emergency arbitrator placed an interim stop on the transaction till an actual arbitration tribunal is set up to decide on the dispute. The rules governing both the parties where that of Singapore international arbitration centre.

Future groups arguments were based on primarily questioning the legality of emergency arbitrators rather than the merits of the case. The court clearly held that the backbone of arbitration is party autonomy. The court relied on the NTPC v singer judgement [5] where the apex court clearly held that if parties have consented to a particular set of rules mutually then the rules should apply and parties shouldn’t be allowed to wriggle out of obligations unless the rules are in “conflict with the mandatory requirements of the proper law of arbitration.” In this particular case also both the parties had mutually decided to follow SIAC rules the parties were bound by obligations as per rules. The court primarily follows the principle of contractual autonomy and generally doesn’t interfere with parties’ rights to select a specific set of rules other than if they are in contravention to the law. If the court finds an inconsistency with the A&C act and the rules being followed by parties, the court holds the EA order valid at least on jurisdictional grounds.

As with foreign seated judgements, courts have already given judgements which are pro emergency arbitration. As long as the rules governing arbitration aren’t inconsistent with A&C act the judgements could be indirectly enforceable as per section 9. Normally the jurisdiction in terms of foreign seated arbitral awards is complex as the court will independently judge upon the merits of the case rather than the arbitral award.

In the case of Yahoo! Inc. v. Microsoft Corporation case[6], Yahoo attempted to set aside the award given by emergency arbitrator, when district court in NY held that the award was final. Further, A decision of an emergency arbitrator appointed under the SCC rules was enforced by the courts of Ukraine in the context of an investor-state dispute under the Energy Charter Treaty (JKX Oil & Gas plc, Poltava Gas B.V. and Poltava Petroleum Company JV v Ukraine).[7] This shows that globally the world is taking a step further and recognising the need of emergency arbitration.

Today, multiple global and national organisations are recognising the benefits role and aim of emergency arbitration and the importance of the order given by the emergency arbitrator. As countries recognise the potential of emergency arbitration and the manner in which it can safeguard the interests of the parties, Indian legislation and judiciary too should take a step forward and clarify the position on emergency arbitration. There is a lacuna in the interpretation which needs to be sorted. It can also be seen that in case likes Amazon v Future, if interim relief is not granted, it can be a huge loss for companies and parties to the contract. If they have to wait till the setup of the arbitration tribunal, then the damage will have been done before any decision on the merits of the appeal is taken. It is yet to be seen what the Supreme Court will make of this judgement. It can be a seminal judgement which might settle the position on enforceability of emergency arbitration seated outside the country once and for all. Supreme Court will be hearing the case towards the end of June, 2021.