It is shocking to know that the popular payment app “Paytm” has been pulled from the Google Play Store recently for violating the gambling policies of Google. Paytm can be noted as one of the most appreciated start-ups of India and claims over 50 million monthly active users. It is one of the biggest competing apps with Google Pay in India which vanished from the Play Store this Friday (September 18,2020).

Payment app Paytm owned by One97 Communications Ltd strangely disappeared from the Play Store whereas the other apps of Paytm such as Paytm For Business, Paytm money, Paytm Mall were still available on the Play Store. However, the app could be found on the Apple App Store.

Also Read - Whether Use Of A Trademark As A Keyword On Google Ad Program Would Constitute Infringement? Delhi High Court To Consider

Paytm gave a statement from its Twitter handle later stating, “Paytm Android app is temporarily unavailable on Google Play Store for new downloads and updates. It will be back soon. All your money is safe and you can continue to enjoy your Paytm app normally.”

The reasons for removing the app from Play Store were regarding the violation of their policies which needed to be fixed by Paytm to get access to the Play Store again. Google has averred that Play Store has prohibited online casinos and any other unfettered gambling apps which are supporting sports betting in India. Paytm has promoted fantasy sports services within its marquee app and repeatedly violated Play Store’s anti-betting policies. The fantasy sports service of Paytm is called Paytm First Games was also accessible as a stand-alone app and even that app has been drawn from the Play Store.

The Android maker also has similar guidelines with respect to gambling in other markets especially if the app is leading the consumers to an external website that allows them to participate in these paid tournaments and win cash prizes or cash backs will also be deemed a violation of its Play Store policies. An email was sent by Google to many firms of India to pause their advertising campaigns in their apps that were pulling the users to websites for the installation of sports betting apps.

The Google Pay app presently tops the payment market in India and Android commands 99% of the smartphone market share in the nation. The announcement made by google was a preventive attempt in order to remind all the other developers about their gambling policies with respect to the upcoming tournament Indian Premier League which is to begin from tomorrow.

While it is explicit that sports betting is banned in India but fantasy sports where the users choose their favorite players and favored teams and win cash prizes accordingly which is not illegal in most of the states. Even the Disney+Hotstar has been notified to display a warning before running the ads of the fantasy sports app.

The Vice President of Android Security and Privacy, Suzanne Frey stated “we have these policies to protect users from potential harm and when any such app violates these policies, we notify the developer regarding the violation and remove the app from Google Play until the developer is back into compliance.” She further added “In case where there are repeated violations, we may take serious action which might include terminating Google Play Developer accounts. Our policies are applied and enforced on all developers constantly.”

In a TV interview with CNBC TV18, the Paytm co-founder and chief executive Vijay Shekhar Sharma has alleged Google for not allowing Paytm to gaining new users. The founder further stated that Google had reached out to Paytm before and raised questions about Paytm First Games but there was nothing specific mentioned with regard to the main app except for paying cashback to the customers.

The cashback given to users was in cricket theme scratch cards, adding that if Paytm is not permitted to issue cashback then the same rule should apply to all the other players of the market, as Google Pay and Phone Pe also give similar cashback to their users in India.

He also stated that “this is the problem of India’s app ecosystem. So many founders have reached to us… if we believe this country can build a digital business, we must know that it is at somebody else’s hand to bless that business and not as per the country’s rules and regulations.”

President of Paytm, Madhur Deora also mentioned that google didn’t raise any objections about Paytm First Games app today but Paytm had rolled out the cricket-themed sticker for cashback and hours later Google advanced objections about it and suspended the app soon. He also clarified that the Company had pulled a new feature and submitted the revised version of the app to the Google Play Store.

The Federation of Indian Fantasy Sports (FIFS) had stated that some ‘industry body’ representing some sports fantasy sports firms complained to Google to take action on Companies that distribute or promote fantasy sports through Play Store. The most famous fantasy sports app “Dream 11” is the founding member of FIFS and the app is not available on the Play Store.

Whether Use Of A Trademark As A Keyword On Google Ad Program Would Constitute Infringement? Delhi High Court To Consider 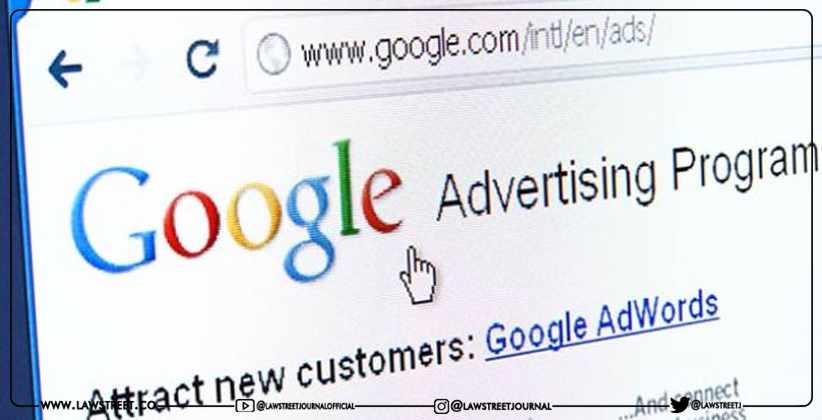