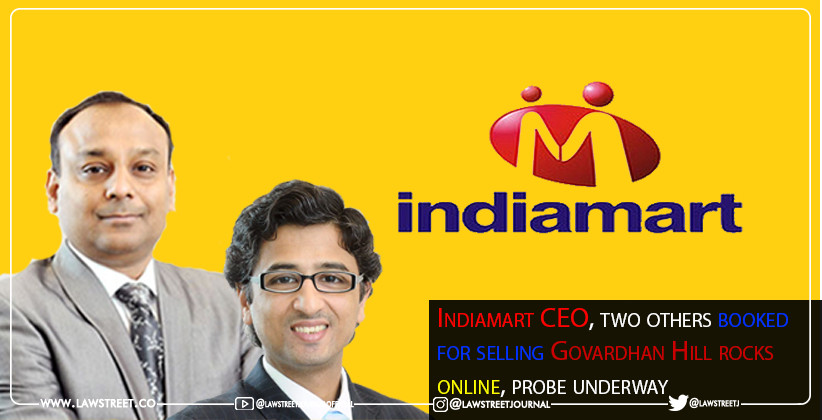 Business Feb 11, 2021 Gautami Chakravarty ( Editor: Ekta Joshi ) 10 Shares
10 Shares
Three men, including the CEO of an e-commerce site, were recently accused for allegedly putting up for sale rocks taken from the Govardhan Hill.Govardhan Hill is considered a sacred place for Hindus in Mathura. An FIR has been filed under Section 265 of the Indian Penal Code, 1860 and Section 66 of the Information Technology Act, 2000 against IndiaMART founder-CEO Dinesh Agarwal, co-founder Brajesh Agrawal and Mathura-based supplier Ankur Agrawal in the matter.

Siya Ram Baba, a saint from Mathura, condemned the act by the company saying, Govardhan is Krishna himself. The FIR was lodged based on a complaint by Mathura-based social worker Keshav Mukhia at Govardhan police station, the SP said.

Strict action would be taken accordingly against the company, its CEO, and the supplier for inciting religious feelings by misusing the facility of information technology, SP (Rural) Shirish Chandra, from the concerned police station, said.  Meanwhile, Uttar Pradesh Brahmin Mahasabha decided to meet the Mathura DM for strict action against the company and the suppliers. Hundreds of people demonstrated in front of Govardhan police station against attempts by the company to trade the deity.

According to the police, the website claimed that the rocks were natural and quoted its price as Rs 5,175 per piece. Ten more complaints on the issue filed at the same station have been clubbed for a single probe, officials said.