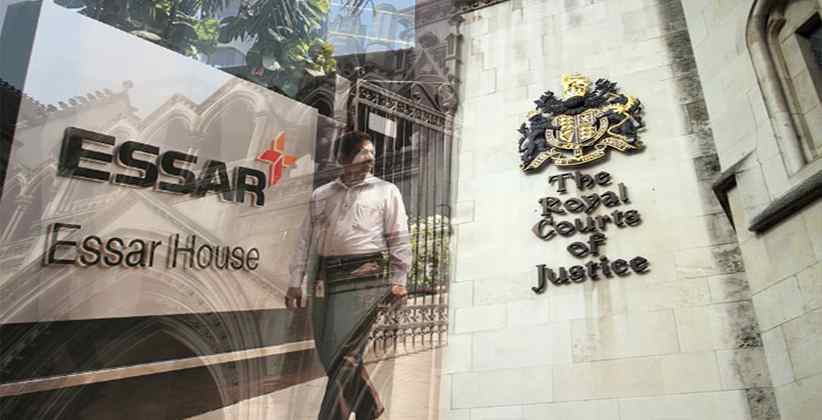 The Court of Appeal in London dismissed an application that was filed by ArcelorMittal seeking to appeal against the London High Court judgment that refused the worldwide freezing order against the Parent Company of the Essar Steel (NSE 0.00%) Ltd. and the members of the Promoter Family.

"The Court of Appeal's decision given by Lord Justice Newey on April 21, 2020, concluded that ArcelorMittal USA's (AMUSA) appeal had no real prospect of success and there was no other compelling reason for the Court of Appeal to hear it," Essar said in a statement.

In an 81-page judgment, High Court Judge Andrew Henshaw had found no merit in the case being brought by ArcelorMittal calling for a worldwide freeze on Essar's assets to protect them from "dissipation", while the former could pursue parallel legal remedies.

"The (March 30) Judgment concluded that AMUSA had not even made out a good arguable case as regards its underlying claims. Further, the Judgment confirmed that there was no real risk of dissipation by Essar Global or the individuals of their assets and that Essar Global's prior dealings with regard to certain assets within the Essar portfolio had not been undertaken by it with the objective of defeating AMUSA's claim against other Essar entities."

AMUSA has now filed on the basis that the Essar Group owes it around 1.5 billion USD due to an earlier arbitration award which facilitated a move-around of assets way as to take them out of reach of judgment creditors. The key argument in the case is that the Ruia family had reclassified the assets of Essar Steel in India and took them off any judgment debtor’s books - such that they hold no ground before the court.

"We have consistently maintained that the judicial proceedings and the underlying claims of wrongdoing brought by AMUSA were totally ill-conceived and lacking any basis in fact or reality. We are relieved that the threat of wide-ranging and ill-conceived injunctions has been finally removed by the Court and that the underlying claims by AMUSA have been found, at this early stage, to be less than arguable."

The origins of the present dispute arise from an arbitration award that AMUSA obtained against Essar Steel Ltd, a Mauritius company, and a subsidiary of Essar Global. Essar Steel which became in Mauritius in 2019.

"AMUSA has repeatedly sought to frustrate the Essar Steel insolvency process and has launched spurious proceedings against other Essar entities and individuals in various jurisdictions, which have been equally unsuccessful," the statement said. "AMUSA's latest proceedings in England, are its third failed attempt to use foreign courts to circumvent the insolvency process in Mauritius."

It remains to be seen if AMUSA continues to pursue the proceedings in England given the recent injunction ruling. It has indicated that it intends to amend its present claim and has been permitted a short time to do so by the Court.

"The underlying claims remain baseless and without any proper foundation and, if pursued, will be vigorously resisted by Essar and the other defendants," the statement added.