Pandora Papers: 'Financial secrets' of 380 elite Indians revealed; here's all you need to know about it 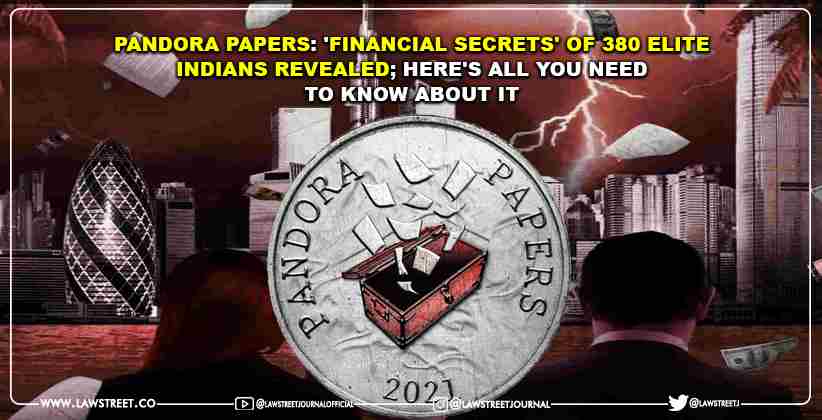 The names of several Indian businessmen, celebrities and politicians have been revealed in an unprecedented leak of financial documents. This expose is called as “pandora Papers”.

The expose was led by the International Consortium of Investigative Journalists (ICIJ) in Washington DC. The leak discloses the names of 330 politicians from 90 countries who used secret offshore companies to hide their wealth.

There are at least 380 Indians in the Pandora Papers including nclude Anil Ambani, Sachin Tendulkar, and Kiran Mazumdar Shaw among others. Sixty of these prominent individuals and companies have been verified and have had their documents corroborated.

Overseas, the Pandora Papers expose dealings of the king of Jordan, the presidents of Ukraine, Kenya and Ecuador, the prime minister of the Czech Republic, and former British Prime Minister Tony Blair.

The Indian Express reported that: The files also expose the financial activities of Russian President Vladimir Putin’s “unofficial minister of propaganda” and more than 130 billionaires from India, Russia, the United States, Mexico, and other nations.

Why is it Called Pandora Papers?

It is called as the “Pandora Papers” because the findings shed light on the previously hidden dealings of the elite and the corrupt, and how they have used offshore accounts to shield assets collectively worth trillions of dollars.

What do the Pandora Papers reveal?

The Pandora Papers reveal how the rich, the famous and the notorious, many of whom were already on the radar of investigative agencies, set up complex multi-layered trust structures for estate planning, in jurisdictions which are loosely regulated for tax purposes, but characterised by air-tight secrecy laws.

The purposes for which trusts are set up are many, and some genuine too. But a scrutiny of the papers also shows how the objective of many is two-fold: i) to hide their real identities and distance themselves from the offshore entities so that it becomes near impossible for the tax authorities to reach them and, ii) to safeguard investments — cash, shareholdings, real estate, art, aircraft, and yachts — from creditors and law enforcers.