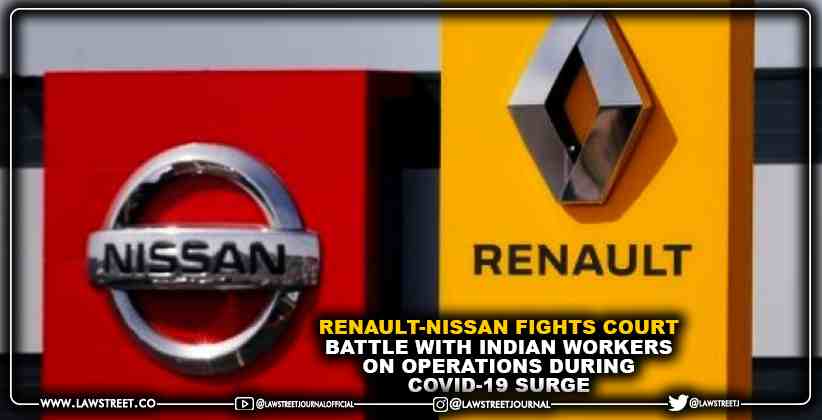 According to legal filings, Renault-Nissan has told an Indian court that in order to meet the orders, it needs to continue production at its car plant. It dismissed the employee union claims that alleged COVID-19 safety protocols were being ignored at the factory.

In the Southern State of  Tamil Nadu, Renault-Nissan India and its workers at its plant  are embroiled in a legal battle. This legal battle started after the workers petitioned a court to halt operations because social distancing norms were being broken and the health benefits provided by the company were outweighed by the risk to their lives.

In response, Renault-Nissan argued in a confidential court filing that in order to fulfil  the domestic and export orders  there was a "compelling need" to continue operations. It stated that all COVID-19 standards were being followed.

On Monday, the state government, which is also a party in the case, is expected to file its response and the case will be heard again in Madras High Court.

On Sunday, a top Tamil Nadu state official told Reuters that automobile companies will be allowed to continue operations, but action will be taken against those companies who violates the   social distancing protocols.

According to a top Tamil Nadu state official, automobile companies will be allowed to continue operations, but if any company violates the social distancing protocols ,  such company will face the action.

The difficulties that large corporations face in continuing to operate in India was highlighted by this legal battle, despite increased concerns from employees concerned about their health and safety.

"It's a question of life versus livelihood," said M Moorthy, general secretary of the Renault Nissan India workers union, which represents all 3,500 permanent factory employees. "All we want is for social distancing protocols to be followed and management to be held accountable for any risks to workers or their family members."

Despite owning a majority stake in the Renault-Nissan India plant, Nissan declined to comment for this article.

The country  is currently experiencing its second wave of corona virus infections. With over 30,000 cases reported every day, Tamil Nadu is one of the hardest hit states.

The state, an auto hub dubbed as India's "Detroit", has imposed a full lockdown until May 31,2021 but has allowed some factories, including automobiles, to continue operating.

According to a May 16, 2021 court filing, for the May-October period, Renault-Nissan has pending export orders for approximately 35,000 vehicles , which if not fulfilled could result in penalties and loss of business. It also has 45,000 domestic bookings for the recently launched Nissan Magnite and Renault Kiger vehicles on the books.

The company has always prioritized employee safety, according to the petition, and in order to ensure the infection does not spread, the company has "left no stone unturned."

"The traveling public considers private vehicles to be a safe mode of transportation... there is a compelling need for the state to ensure the continued operations of automobile manufacturers." 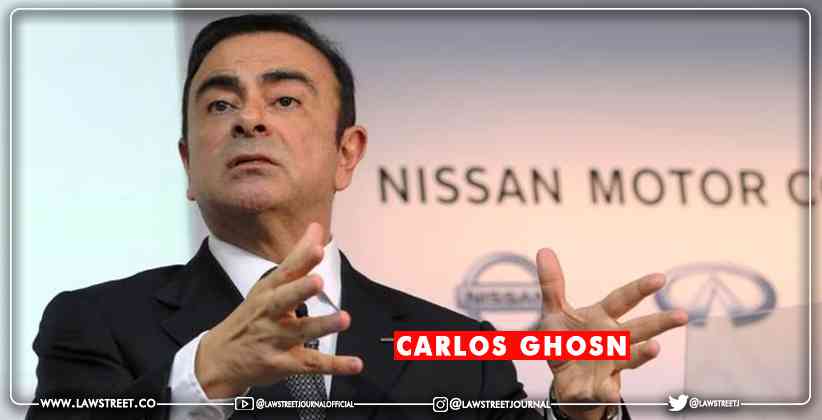 International May 24, 2021 Athira Nair ( Editor: Ekta Joshi ) 16 Shares
16 Shares
A Dutch Court is set to rule in a case brought by fugitive former car executive Carlos Ghosn against Nissan and Mitusbishi, following the metaphorical fall from grace at the Japanese car makers in 2018.Ghosn was expelled as chairman of Dutch registered joint venture Nissan-Mitsubishi BV in 2019.Ghosn claims that the Japanese companies violated the Dutch labour laws when they dismissed him and are demanding 15 million euros as compensation for the wages that have been missed and as severance.On...
Read full post