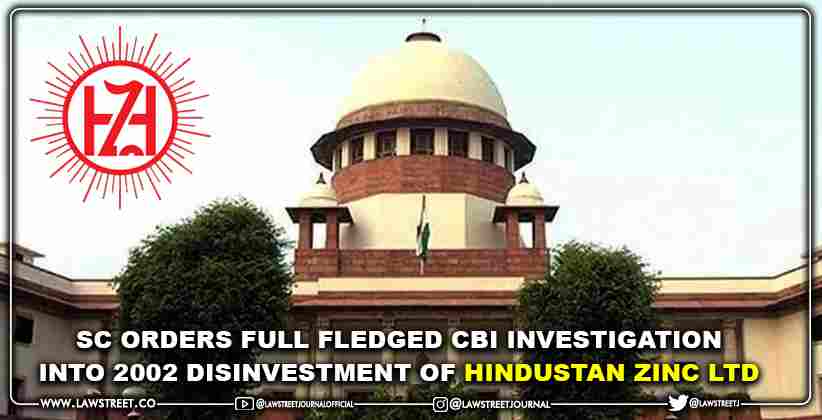 allegedly at a very low price, after which a vedanta group company Sterlite took management control of HZL. However, SC said the present government can disinvest its remaining 29.5 in HZL.

SC said present government can disinvest its remaining 29.5% shareholding in HZL as it is no longer in control of the erstwhile PSU. It said the disinvestment can be done scrupulously following the rules, regulations and procedures relating to disinvestment of government shares.