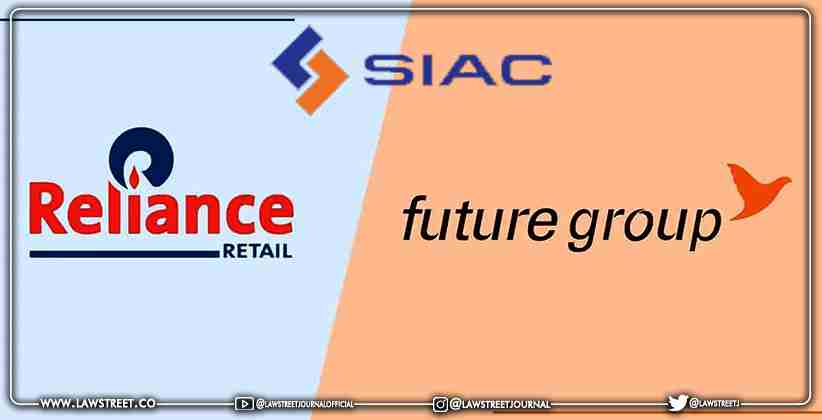 Future Retail (FRL) in the Supreme Court of India, on 26th July (Tuesday), stated that the Singapore International Arbitration Centre's emergency decision, which halted the proposed sale of Future Group's assets and operations to Reliance Retail, was unenforceable under a clause of India's arbitration Act.

Simultaneously, Harish Salve, FRL's senior lawyer, stated that his client had not decided to sign an arbitration agreement with Amazon.

Salve informed the bench of Justices Rohinton Fali Nariman and BR Gavai that the notion that FRL signed an agreement and now backtracks is incorrect.  He had never entered into a contract with Amazon.

Nevertheless, the court said it will consider if Singapore's emergency arbitrator award was legal under Indian law and could be implemented, according to the Press Trust of India.

Future Group's attorneys have been contending for months - first in the Delhi High Court, then in the Supreme Court - that Amazon had a direct shareholder arrangement with a promoter business, Future Coupons, and that the listed FRL had nothing to do with it.

In response, Amazon has argued that FRL must obtain its approval before selling assets under the 2019 deal in which the US ecommerce giant invested approximately $1500 crore in Future Coupons, which owns 9.8% of FRL directly.

Amazon filed a case in April, in the Supreme Court of India, contesting a March judgement by a Delhi High Court division bench quashing a single-judge panel's decision.

For allegedly violating the October 2020 emergency award of the Singapore arbitrator, the single-judge bench ordered connectedness of Future Group founder Kishore Biyani's properties, preventing Future Retail from proceeding with its 25,000-crore sale of property to Retail until it decided on Amazon's petition.

According to Salve, the Reliance acquisition may save the firm from bankruptcy, save employment, and pay off the debts.

The Singapore International Arbitration Centre (SIAC) ended its hearing on the appeal brought by e-commerce giant Amazon against the Rs 24,713-crore agreement between Kishore Biyani's Future business and Reliance Industries on Friday, July 16. The last hearing in this case began on July 12th, according to SIAC.

The panel established at SIAC for arbitration procedures connected to the Future-RIL agreement has completed its five-day final hearing, according to people close to the issue.

Amazon and Future Group have also filed lawsuits in India's courts, including the Supreme Court.

Future Retail Ltd (FRL) submitted two petitions before the SIAC last month (June), according to a regulatory filing by Future Consumer Ltd. The first was an application challenging the Tribunal's jurisdiction, and the second was an application for the vacation of the EA Order.

After Salve, representing the Future group, told them of the hearing before SIAC, the Supreme Court bench of Justices R F Nariman, K M Joseph, and B R Gavai delayed their hearing on July 8. On July 20, the case will be heard in front of a three-judge panel.

The Future-Reliance agreement was supposed to finalise by the end of March. RIL, on the other hand, announced in April that the "Long Stop Date" will be extended from March 31, 2021 to September 30, 2021.

The merger has been approved by authorities like as the CCI, SEBI, and stock exchanges, and the plan of arrangement is currently seeking approval from the NCLT and shareholders.