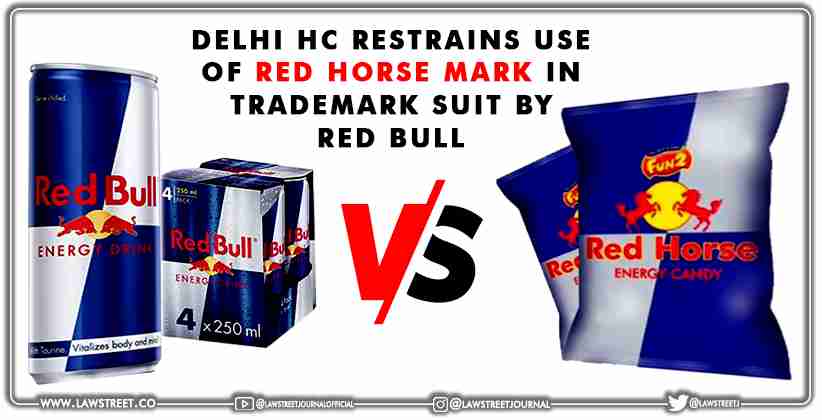 Red Bull has built a prima facie case in its favour, according to the Court, which issued the order against Bakewell Biscuits.

The Delhi High Court has barred Bakewell Biscuits from using the "Red Horse" logos or any other deceptively or confusingly identical label on any products, including candy and confectionery pieces, in a trademark infringement suit brought by Red Bull. Justice Sanjeev Narula presided over a single-judge bench that issued the order.

"Till the next date of hearing, the Defendant, its Director, partners, principals, employees, agents, distributors, franchisees, representatives, assigns and all those connected with it in its business are restrained from using the impugned marks or any other mark, device, logo, domain name or trade name which are deceptively or confusingly similar to the Plaintiff’s registered trademarks - RED BULL...in respect of any goods inter alia candy and confectionary items or in any manner whatsoever without the permission, consent, or licence of the Plaintiff thereby causing infringement or passing of the Plaintiffs aforenoted trademarks," the order said.

Since Red Bull sued Bakewell Biscuits (defendant) for using the “Red Horse” and Blue/Silver Trapezoid Red Horse Label, an ex parte injunction was issued. Procedural law governing civil suits in India allows courts to grant injunctions without hearing the other side – also known as ex-parte injunctions. Ex-parte injunctions are usually worded, so that they operate only till the next date of hearing at which the defendant is given an opportunity to present its case.

Red Bull argued that the mark was equivalent to and/or deceptively similar to the previous, well-known, and registered Red Bull trademarks.

It said that the contested symbol featured two charging animals against a yellow backdrop/sun disc, with the same font, stylization, and colour scheme as the RED BULL labels.

The Court was told that Red Bull is a well-known producer and marketer of energy drinks that is organised and incorporated under Foreign laws.

Red Bull further alleged that after receiving a cease-and-desist letter, the defendant took no action.

The Court concluded that Red Bull has built a prima facie argument in its favour based on the submissions.

"The balance of convenience also lies in favour of the Plaintiff and irreparable loss would be caused to the Plaintiff, in case ex-parte interim injunction is not granted," the Court opined.

On (September 1 2021), the Court scheduled the matter for issue framing. 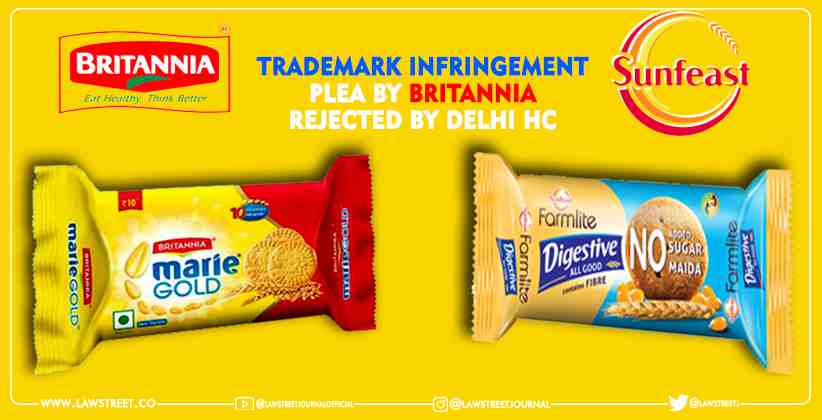 Business Apr 07, 2021 Tanya Sehrawat ( Editor: Ekta Joshi ) 25 Shares
25 Shares
Britannia Industries Limited filed a Trademark Infringement Suit against ITC, accusing its Sunfeast Farmlite Digestive Biscuits of being an exact copy of Britannia's Nutri Choice Digestive Biscuits. The said petition was dismissed by a single judge Bench of Justice C Hari Shankar of the Delhi High Court on April 6, 2021.Britannia had registered a trademark on the packaging of NutriChoice Digestive biscuits on Sep 11, 2020. The same was being used by it since 2014. However, different...
Read full post 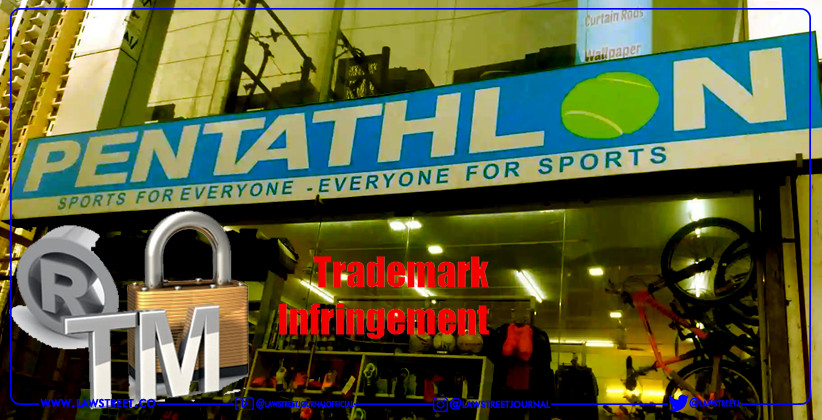 Business Mar 30, 2021 Tanya Sehrawat ( Editor: Ekta Joshi ) 23 Shares
23 Shares
Decathlon Sports India has gone on to file a trademark infringement suit against Pentathlon Sports, which is NCR based. It claimed that its legal action is aimed at Pentathlon Sports for “illegal and mala fide acts of inter alia of infringement of the registered trademark of the Plaintiff No I (Decathlon), selling substandard products in the market and passing them off as goods/ products of the Plaintiffs (Decathlon).”It was further alleged by Decathlon that Pentathlon has copied...
Read full post