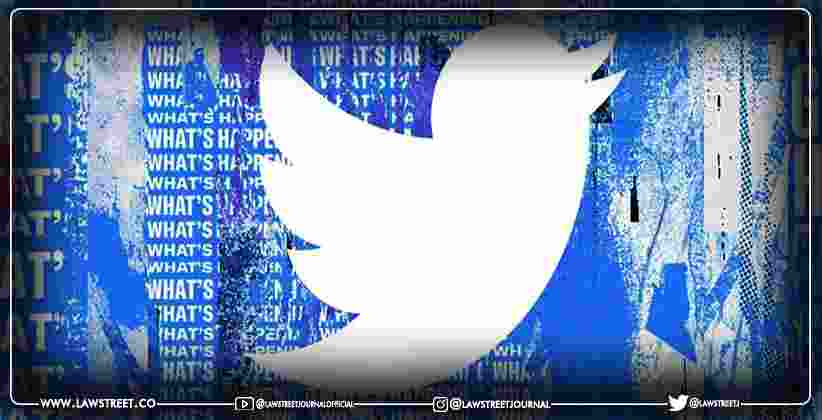 Amid the ongoing row between Twitter and the Union Government, Twitter’s interim resident grievance officer for India, Dharmendra Chatur, has stepped down.

This leaves Twitter without any local officer while keeping a local officer for grievance redressal is mandated under the new Information Technology (Intermediary Guidelines and Digital Media Ethics Code) Rules 2021.

The Information Technology Rules which came into effect on May 25, 2021, require social media companies to establish a grievance redressal mechanism for resolving complaints from users or victims. The companies shall establish such a mechanism and share the name and contact details of such officers.

The big social media companies are mandated to appoint a Chief Compliance Officer, a nodal contact person, and a resident grievance officer all of whom are residents of India.

Dharmendra Chatur, a partner at Bengaluru-based law firm Poovayya & Co, was recently appointed as the interim resident grievance officer for India by the micro-blogging platform under the new digital rules that came into force. The appointment was made on June 15 and the company had said it was in the process of appointing an interim chief compliance officer soon.

According to a government official, the company has lost legal protection as an intermediary and will be legally held responsible for all content posted by its users online.

Twitter declined to comment on the development which comes at a time when then micro-blogging platform has been engaged in a tussle with the Indian Government over the new social media rules.

Several incidents recently have seen the micro-blogging site come face to face with the Indian Government, some of them being the delay in conforming to the new IT Rules, marking a BJP leader’s tweet as manipulated media, and removing the blue tick from some handles.

Another flashpoint between the two emerged when IT Minister Ravi Shankar Prasad a few days ago alleged that Twitter blocked his account for some time.

The government has previously alleged that Twitter is deliberately choosing the path of non-compliance despite getting multiple opportunities.

A parliamentary panel too reproached the officials of Twitter saying, ‘Rule of land is supremacy and not your policy’.