Home Business Under the IBC, Is a Stock Broking Company a Financial Service Provider? ; NCLAT to Investigate
Business 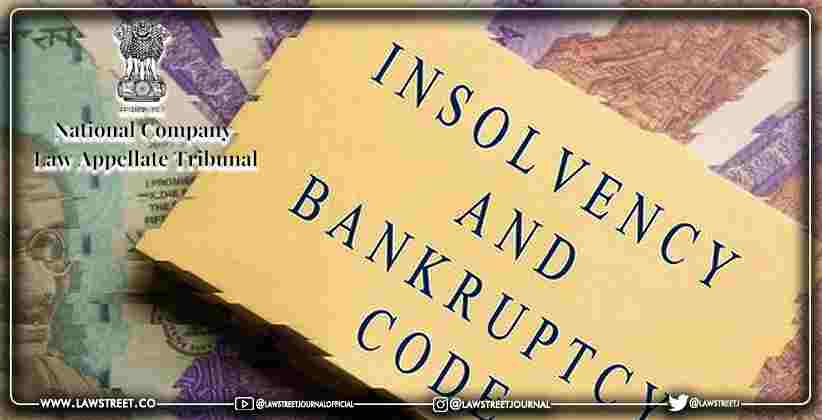 The National Company Appellate Tribunal (NCLAT) in New Delhi recently acknowledged a serious matter of law, namely whether a stock broking company should really be regarded a Financial Service Provider under S. 3 (16) of the Insolvency and Bankruptcy Code, 2016 ("IBC") or kept out from the ambit of the IBC?

In an appeal filed by it's own Suspended Director under s. 61 of the IBC appealing the ruling of NCLT, Ahmadabad Bench, the NCLAT halted the Committee of Creditors formation of Corporate Debtor, i.e. Simandhar Broking Ltd., if not yet constituted, till the next date of hearing. The buyer of the Stock Broker filed a case in NCLT, Ahmedabad, under Section 7 of the IBC, challenging his stock trading in the National Stock Exchange's Futures & Options Segment. Thus, the Appellant's contention was that NCLT, Ahmedabad had adopted a "contrarian opinion" to the prior determined judgements of the NCLAT and other NCLT panels.

In his appeal, the Suspended Director argued that because the Corporate Debtor is a Financial Service Provider, it's doesn't fall under the definition of a Corporate Person under S. 3(7) of the IBC, and the alleged debt is not a Financial Debt under S. 5 (8) of the IBC. Counsel for the Appellant relied on a judgement of the NCLT, Hyderabad Bench in the case of Praveen Kumar Mundra v. CIL Securities Ltd, in which it was retained that the Stoking Broking Company is a financial institution because it is regulated by SEBI, deals with financial products such as securities, and provides financial services under S. 3(16) of the IBC.

As a result, it should not be regarded as a Corporate Person as defined by S. 3(7) of the IBC. Further, a stockbroking company's insolvent processes are not covered by the IBC. It was further claimed that Respondent No. 1 (Financial Creditor) had concealed the crucial fact that his claim had been rejected by the NSE's investor grievance resolution panel, and therefore the Financial Creditors' acceptable claim was NIL. The Respondents were given 2 weeks to submit their reply in the matter after the bench led by Justice Jarat Kumar Jain (Judicial Member) issued notice to them.

The bench gave an order that respondent No. 1 requests and receives two weeks to file a Counter Affidavit. If necessary, a rebuttal may be filed one week later. It is directed that if the CoC has still not been formed, the case be put on hold until the next hearing date.