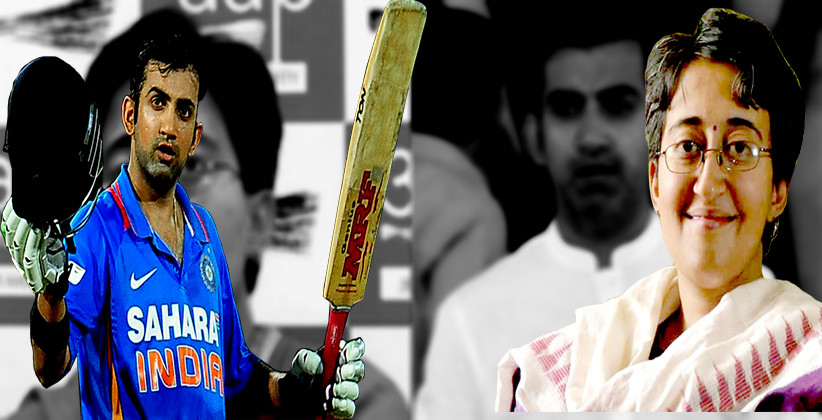 Additional Chief Metropolitan Magistrate Samar Vishal on October 22, 2019, in the case of Atishi Marlena v. Gautam Gambhir, has dismissed a complaint filed by theAAP leader Atishi Marlena against BJP MP Gautam Gambhir for committing electoral offences under Sections 17, 31 and 125A of the Representation of the People Act, 1950, and Section 417 of the Indian Penal Code, 1860.

Marlena approached the court with the complaint after she came to know that Gautam Gambhir was registered as voter in two different constituencies in violation of law. These constituencies were Karol Bagh and Rajinder Nagar.

It was submitted in the complaint that as per section 17 read with section 31 of the Representation of the People Act, 1950, it is an offence for a person to have more than one voter I­cards if the same have been obtained by making false declaration/statement. No person can be enrolled as a voter in more than one constituency and doing so is a criminal offence punishable with a sentence upto one year or with fine or both.

Marlena had also alleged the offence of filing false electoral affidavit under section 125A of the Act read along with section 417 of the Indian Penal Code.

Placing reliance on the judgment in Shanti Swaroop v. Abdul Rehman, AIR 1965 Madh Pra 55(59), the court dismissed the complaint under section 17. It observed that “Section 17 is not a penal provision but a legal mandate that a person cannot be registered as a voter in more than one constituency. The provisions of section 17 are directory in nature and a candidate cannot even be disqualified for its violation. The nomination of a candidate is not void merely because his name appears in two different constituencies.”

The judge also relied upon the judgment of the Supreme Court in Baburao v. Manikrao And Anr AIR 1999 SC 2028, 1999(3)SCR 547, to hold that the nomination of a candidate is not void merely because his name appears in two different constituencies. He noted that: “the violation of section 17 does not create any penal liability and therefore merely because a person is registered as a voter in more than one constituency, it does not amount to any criminal offence.”

The court also recorded that no evidence was placed on record to show that a false statement or declaration was made by Gambhir to attract an offence under section 31.

Moreover, it was also noted that since the last time the accused had made any representation about his voting constitution was in 2012, and the offence under section 31 is punishable with imprisonment for one year, the complaint is barred by limitation.

Finally, the judge also highlighted that not mentioning the fact that he's registered in two different constituencies as a voter, doesn't make the accused culpable under section 125A of RPA.

The Judge said that since section 17 itself doesn't contemplate a penalty, not mentioning the second place of registration as a voter is not a concealment within the meaning of section 125A of the Act.

The judge said: “The purport of section 125A is not to punish those concealments which are not required by law to be given. I am of the view that by giving the information of registration as a voter in Rajinder Nagar constituency, the respondent has complied with the provisions of section 33 (1) and 33A(2) of the Act.”