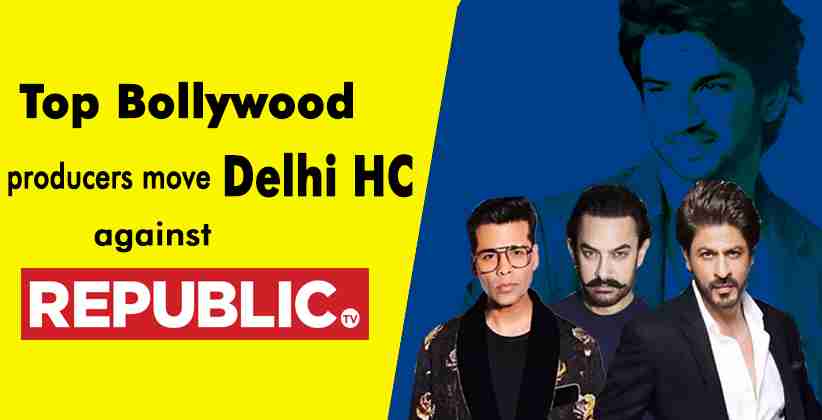 CelebStreet Oct 14, 2020 Shreya Tulavi ( Editor: Ekta Joshi ) 2 Shares
2 Shares
Ever since Sushant Singh Rajput’s death case and the Bollywood drug has come into the light, several media houses have been keeping a close check on the matter. However, there have been certain media houses that were also seen conducting media trials in the case as Bollywood has become a constant target on these news channels with derogatory remarks being used against the showbizwalas in the last few months.

As per a recent update, the industry’s top producers have hit back at these media houses and have filed a suit against them before the Delhi High Court. According to Bar and Bench, the suit has been filed against Republic TV and its journalist Arnab Goswami and Pradeep Bhandari along with Times Now and its journalists Rahul Shivshankar and Navika Kumar.

It is reported that Shah Rukh Khan, Aamir Khan, Salman Khan, Ajay Devgn, Karan Johar’s respective production houses along with major banners, and even CINTAA have come together as plaintiffs in the suit. Reportedly, the suit is to refrain these news channels from making derogatory and irresponsible remarks against Bollywood along with conducting media trails of Bollywood personalities.  Reportedly, the suit asks the news channels to “take down all the DEFAMATORY content published by them against Bollywood.” To note, the news channels are accused of using highly derogatory words such as “dirt”, “filth”, “scum”, “druggies” & expressions such as "all the perfumes of Arabia cannot take away the stench and the stink of this filth and scum of the underbelly of Bollywood”. The suit also mentioned, “On several occasions, some of the Defendants have been PENALIZED and REPRIMANDED & have had orders passed against them by Courts for irresponsible reportage and defamatory content & have been found guilty of broadcasting incorrect news.” This isn’t all. It also stated that the livelihood of people in Bollywood has been severely impacted by the smear campaign. “The privacy of the members of Bollywood is being invaded, and their reputations are being irreparably damaged by painting the entire Bollywood as criminals, seeped in drug culture, and making being part of Bollywood as synonymous with criminal acts in the public imagination,” the suite added.