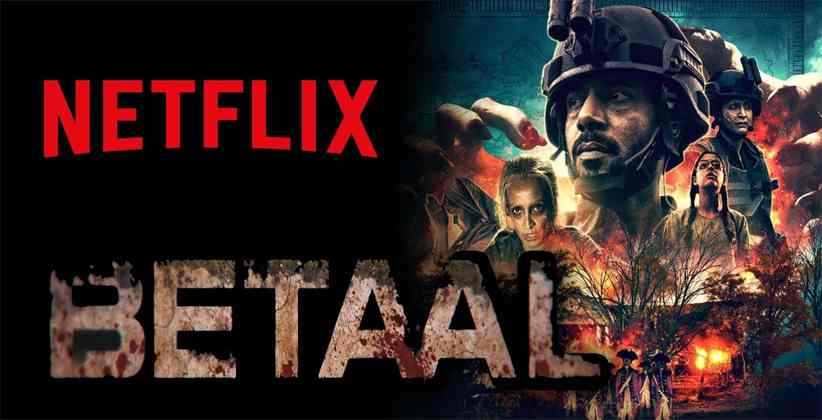 The release of the newest horror series of Netflix India, Betaal successfully piqued the curiosity of viewers within days. One of the reasons for this is that because Indian writers and directors lack the passion and creativity required to create horror genre material, Indians typically get excited when a supernatural tale hits the screens. Nevertheless, the 24th May 2020 announcement was not a purely happy one, but it was backed by multiple cries emanating from the distressing legal battle over copyright infringement.

Advocate Viraj Kadam appearing for the plaintiff argued that the work of the plaintiff was a fictional tale involving unique characters, places, props, etc. and the same can be unlawfully seen in the work of the defendant in different ways. Information like this, the copyright vested in 'Vetaal' was registered in 2015 with the Copyright Office in Delhi and the Screenwriter's Association (SWA), along with the similarity of name between the contested works, formed part of the claim. Additionally, the complainant contended that he shared his work with multiple industry producers including one Wilson Louis, who allegedly had Netflix contacts. Various evidence such as e-mails and messages exchanged between the two substantiated the assertion.

After hearing from both the parties, Justice Shriram of the Bombay High Court failed to draw a linkage from the plaintiff’s claims between the plaintiff’s works and the defendant’s. It was stated, “Therefore, I find it difficult to believe that the so-called original story written by the plaintiff, can be copied by somebody else. This is one point which is against the plaintiff getting any ad-interim relief as prayed for”.

The Court noticed no link with the defendant was verified by the e-mails adduced by the plaintiff. It was further noted that in stories such as Vikramaditya and Vetaal, the term 'Betaal' comes from the importance of 'Vetalayam' to Hindu Mythological present. In this opinion, the complainant's claim for copyright was rejected by the Court and as can be seen, the series' release did not remain.

However, on Advocate Kadam’s request, the Court allowed the plaintiffs to amend their plea and provide details of infringement to claim damages for the same.