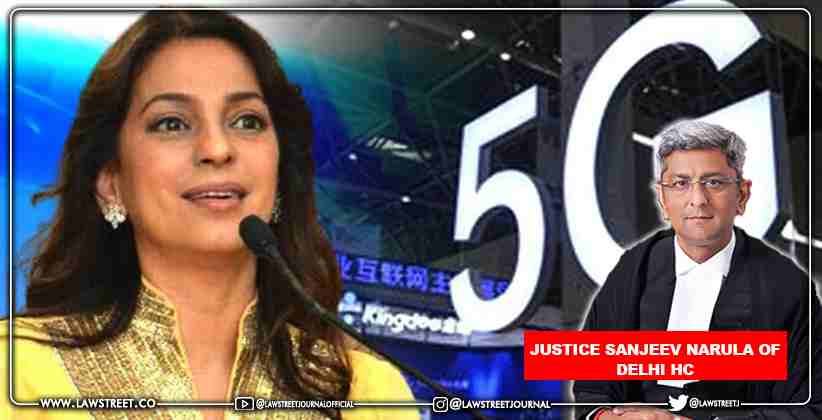 The Delhi High Court's Justice Sanjeev Narula on 12th July, 2021, Monday exempted himself from hearing Bollywood actress Juhi Chawla's request for a relief of costs of Rs.20 lakhs imposed on her after the rejection of her suit challenging the country's adoption of 5G technology.

In view of several technical flaws in the case, including non-payment of Court fees, the court levied costs of Rs.20 lakhs on the petitioners, rejecting their plea as “frivolous litigation.” The petitioners have paid the fees and have filed refund petitions.

Previously, Justice JR Midha (now retired) demonstrated “shock” at the behaviour of the actress and others who had decided to move to the court in a suit against the country's roll-out of 5G technology - intrinsically as the petitioners sought to withdraw their applications on the one hand, and refused to pay costs establishment against them on the other.

Reviewing the two requests, one of which seeking a refund of court expenses, Justice Midha stated, “For the first time in my judicial career, I'm witnessing a party that is unwilling to pay court fees!” The petitioners' lawyer, Deepak Khosla, subsequently emphasised that they were not contesting the court expenses, but rather requesting a refund of the fees they had already paid. In response, the court stated that it was referring to the petitioners' behaviour in the first instance.

The court had issued a warning to the petitioners and expressed its displeasure, saying, “This is the most ridiculous application I've ever seen,” he added, reminding the lawyers, we were tempted to issue a contempt notice, but we didn't. “Please consider your behaviour.”

Juhi Chawla's appeal against the roll-out of 5G communication services in the country was denied by Justice Midha on the basis that the plaint was faulty on numerous points. The plaintiffs had “abused and exploited the process of justice,” according to the court, which imposed a fee of Rs. 20 lakhs to be submitted within one week. The Delhi State Legal Services Authority was ordered to use it for the benefit of traffic accident victims.

The Court had also observed disparagingly, “It appears plaintiffs filed this claim for attention, as seen by Plaintiff 1 distributing links to the hearing on her social media, which resulted in repeated disruptions in the hearing.” The court was referring to a fan boy singing songs from Juhi Chawla's films throughout the hearing. The court had issued a show cause notice to the persons who caused the disturbances, asking them to explain why contempt should not be filed against them.

The Delhi High Court postponed its decision on petitions submitted in Bollywood actress and environmentalist Juhi Chawla's challenge against the country's roll-out of 5G communications services on 7th July, Wednesday.

Justice Midha had called the complaint a “defective plaint,” remarking that the plaintiffs' suit looked to be a Media Publicity Suit. Juhi Chawla and others filed the suit, seeking restraints on the Union Government from taking any steps for the roll-out of 5G telecommunication services in the country, including but not limited to spectrum allocation, licencing, and so on, citing long and short-term harm to human, animal, and plant life, as well as a negative impact on the environment at vast. 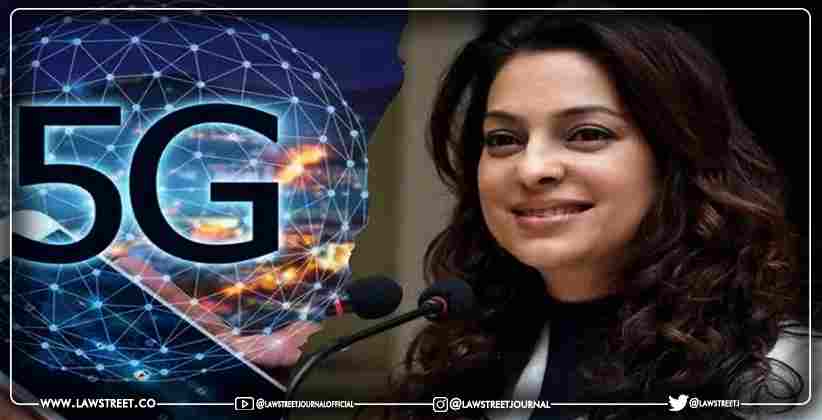 CelebStreet Jun 14, 2021 Nancy Goyal ( Editor: Ekta Joshi ) 5 Shares
5 Shares
On Wednesday (June 9, 2021) Bollywood actor Juhi Chawla posted a video message on social media explaining why she filed a petition against the 5G technology. In a 1.24-minute video, Chawla started by saying that her message got lost amid the noise around the case. she said that she was not against the 5G technology and was only asking if the authorities to certify that it was 'safe'. She commented that,“A lot of noise has been created. I could not hear myself. A very important...
Read full post