How can drug supply to Rajput be proven if he is no more: Lawyer tells Bombay HC in bail plea hearing 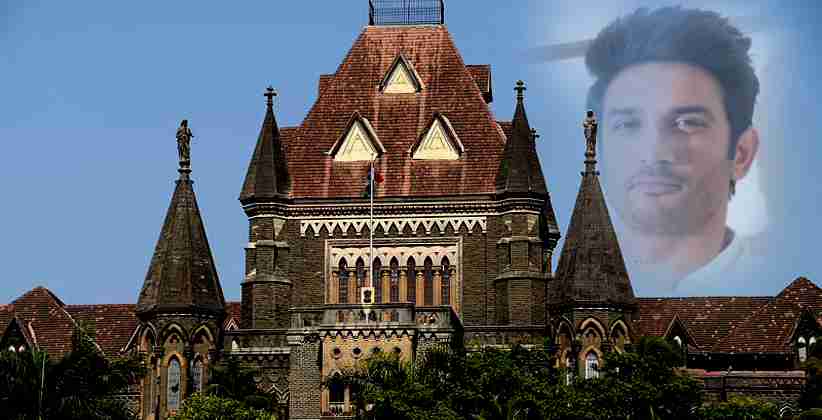 CelebStreet Oct 01, 2020 Shreya Tulavi ( Editor: Ekta Joshi ) 8 Shares
8 Shares
The Bombay High Court on Tuesday (September 29, 2020), heard the bail applications submitted by actor Rhea Chakraborty, her brother Showik and others arrested in a drug case linked to actor Sushant Singh Rajput’s death. During the hearing, the lawyer for alleged drug peddler Abdel Basit Parihar, who was arrested by the Narcotics Control Bureau (NCB), asked the court how can the drug supply link to Rajput be proven now that he is dead. In Parihar’s bail submission before the Bombay High Court, senior advocate Taraq Sayed said that on August 28, Abbas Lakhani and Karan Arora were arrested by NCB with 13 grams of ganja (cannabis) in their possession and were granted bail. Based on their statements, the agency arrested Abdel Basit Parihar on September 3. Kaizan Ebrahim and Zaid Viltara were also arrested.

Sayed reminded the court that the mentioned people were arrested and questioned based on a single submission that Rajput was consuming drugs. However, no recovery has been made from the five bail applicants -- Rhea Chakraborty, her brother Showik Chakraborty, Sushant’s house helps Samuel Miranda and Dileep Sawant, and Abdel Basit Parihar. Appealing for bail on behalf of Parihar, his lawyer said that in cases where the offences are punishable with a maximum of one-year jail sentence, such offences ought to be seen as bailable under the NDPS Act (Narcotic Drugs and Psychotropic Substances Act, 1985). “If the recoveries are small quantities then such offences are bailable,” Sayed said. “What is the material to show that my client Parihar delivered contraband to some person who took it further? In none of the statements have they shown the quantity to be more than a small quantity,” Parihar’s lawyer further said, as quoted by Bar and Bench. As Sayed pointed out the chronicle of arrests made in the drug link, he said: “There are two conspiracies, two sets of people --

1) There are people directly linked to Sushant Singh Rajput, and   2) There are people who have been arrested from the names given by the accused, like my client (Parihar).”  “Sushant Singh Rajput expired on 14th June. I am not admitting that there was a conspiracy. He expired on 14th June, and we are being charged to supply him drugs when he was alive,” he said. The lawyer asked how can the offence be proven today when Rajput has passed away.  “How can the offence be proved today, when the man (Sushant Singh Rajput) is no more?” Sayed said in Bombay High Court during the bail hearing.“Can a charge of conspiracy ever be higher than the offence? When an offence is bailable and accused produced before Magistrate, we were never charged offences which are non-bailable,” he pointed out. The Narcotics Control Bureau (NCB) is currently investigating a drug link into the death of Sushant Singh Rajput and so far has arrested a dozen of people. In its reply, the NCB told court that the investigation has nothing to do with Rajput’s death and it’s a case of ‘drug syndication’. “All throughout arguments, applicants state that this is connected to Sushant Singh Rajput death case but this investigation has nothing to do with it,” ASG Anil Singh, the lawyer for NCB, told the court. The anti-drug agency further said that all the people arrested in the case are interlinked to each other and there were regular links and purchasing of drugs. After the day-long hearing, the Bombay High Court reserved its orders on the bail pleas.