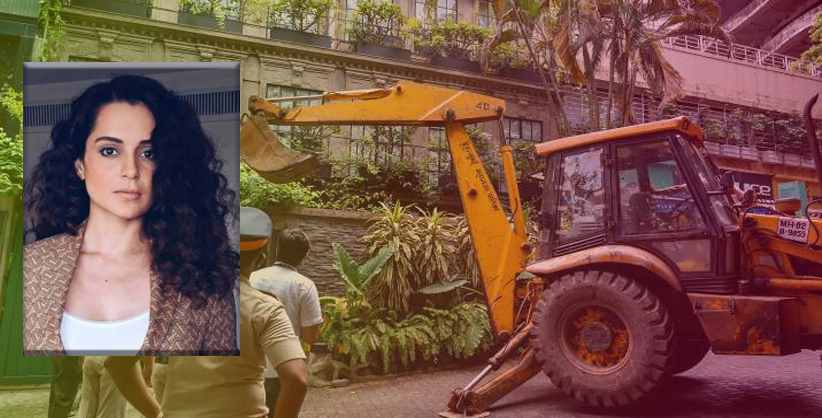 CelebStreet Sep 11, 2020 Lawstreet News Network ( Editor: Ekta Joshi ) 5 Shares
5 Shares
Actress Kangana Ranaut has been in the midst of a heated battle against BMC when the Municipal Corporation demolished her property. The Brihanmumbai Municipal corporation filed an application in the Mumbai Civil Court to vacate the stay on the demolition of a high-profile residence in the Khar area of Mumbai. The high-rise residence in question was the property of Bollywood actress Kangana Ranaut.

However, this is not a recent development. Way back in 2018, the corporation had filed a notice to the builder as well as its occupants. The notice highlighted the unauthorized changes. According to BMC officials themselves, "the irregularities were found not just on the fifth floor but on other floors as well." Never to shy away from a fight, Ranaut challenged the notice in the Dindoshi Sessions Court. The Court disposed of the suit while asking the corporation “to consider the reply and documents of the plaintiff”.  This did not bode well for Kangana as the BMC didn’t change its order of demolition. Upon hearing the new notice, several occupants of the building followed Kangana in the suit against the said notice.

The 2018 suit has again claimed its place in the headlines after the BMC demolished a part of Kangana’s office in Bandra. The hearing of the demolition will take place on September 10th, 2020 in front of a division bench of Hon’ble Justice SJ Kathawalla and Hon’ble Justice RI Chagla The question that has arisen in many minds is that is a civic body like the BMC authorized to take drastic action like demolition? “Section 354A of the MMC Act gives powers to the BMC to stop and demolish an illegal construction after 24 hours of issuing notice at the expense of the violator.”  The BMC has pointed out more than 10 violations in Ranaut’s property including a converted office cabin, a storeroom that has been converted into a kitchen, building of an illegal pantry, a living room partition made of wood among other reported violations.  Advocate Rizwan Siddique was the counsel for the Bollywood actress. He submitted for a continuance to bring facts on record. In retortion, counsel for the BMC, Senior Advocate Aspi Chinoy contended that most of the work that was done in the petitioner’s property violated the previously sanctioned plan. However, the learned Advocate for the respondent agreed to the continuation of the suit. It was the contention of Advocate Siddique that electricity and water supply had been stopped which affected the petitioner’s staff that were residing there and sought relief for the safe. However, Advocate Chinoy retorted all the activities have been stayed in compliance with the order of the High Court. The matter has been adjourned to September 22 with the remark of “no changes” by Hon’ble Justice SJ Kathawalla. Bhagyvant Late, Designated Officer, H Ward, MCGM filed the MCGM’s affidavit which stated, “At the time of inspection, workmen, material, and tools were also found present and work was found to be going on in the property. A detailed inspection found that substantia; additions and alterations were carried out in the property contrary to the sanctioned plan.”  Finally, the Court stated that BMC’s action appeared to be mala fide and stayed the demolition work. 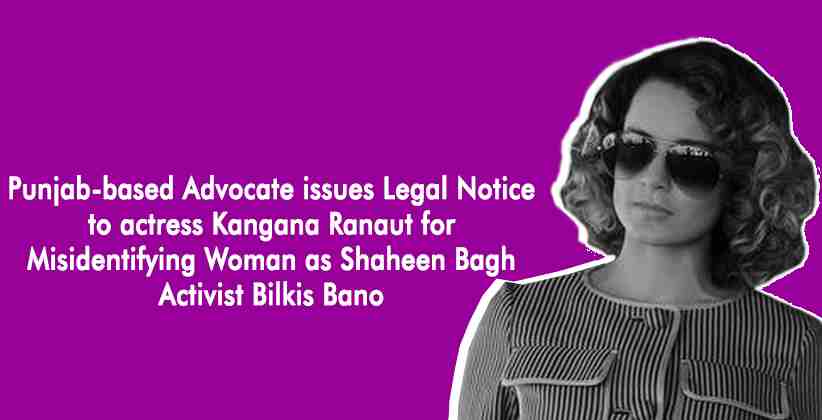 CelebStreet Dec 05, 2020 Dev Kumar Patel ( Editor: Ekta Joshi ) 2 Shares
2 Shares
Bollywood actress Kangana Ranaut, in her tweet, claimed that Bilkis Bano was present at the farmers' protest and was available in Rs 100. In response to the tweet, a Punjab-based Advocate has sent a legal notice to Kangana Ranaut for allegedly misidentifying an old woman at the farmers protest in the national capital as Bilkis Bano, famously known as the ''Shaheen Bagh dadi''.Advocate Harkam Singh, in the legal notice dated November 30, suggested Ranaut should have authenticated information...
Read full post 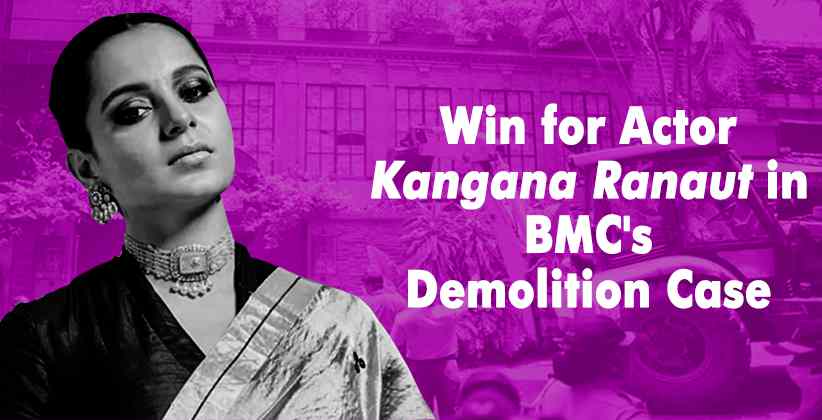 CelebStreet Nov 30, 2020 DEV KUMAR PATEL ( Editor: Ekta Joshi ) 5 Shares
5 Shares
In BMC's demolition of Kangana Ranaut's Office, the Bombay High Court bench comprising of Justices SJ Kathawalla and RI Chagla noted that the BMC proceeded with the demolition of the property on "wrongful grounds, against rights of the citizens, calling it "nothing but malice in law".The HC in its verdict said, "The court does not approve of illegal works or of loose statements made against the government or against the film industry." It also said that the bench does not approve of "colorable...
Read full post