CelebStreet Mar 22, 2021 Tanya Sehrawat ( Editor: Ekta Joshi ) 3 Shares
3 Shares
A petition had been filed by Kangana Ranaut which sought quashing of an FIR registered over her tweets that compared farmers protesting against the farm laws to terrorists. On Friday (March 19, 2021), Karnataka High Court issued a notice on the same.

While the case was being heard, Advocate Ramesh Naik L being the respondent in the petition appeared before the HC through video conference. He submitted neither being served the petition and nor the Interlocutory Appeal. He thereby requested the court to direct the Petitioners to serve him the same through email.  The matter was dealt by a single Judge Bench of Justice HP Sandesh. Following the submission of the Respondent, he directed the Petitioners to do as requested to serve the necessary documents. He also posted the matter for a hearing next week.

Advocate Rizwan Siddiqui appeared for the Petitioner. Before the concluding of the hearing, he went on to submit, “"I have a good case on merits lordship. I'm just requesting for interim protection in the meantime, lordship 41-A notice is served on me."

The Bench replied by saying, “Only five days I’ve given, you come on 25th.” Thereby the matter has been adjourned for further hearing on March 25, 2021.  Background of the Case On October 9, 2020, the jurisdictional Police Station (Kyathasandra) was directed by the Judicial Magistrate First Class (JMFC) at Tumkur to register an FIR against Ranaut.  Advocate Naik L had filed a complaint against under the Section 156(3), CrPC. He alleged, Ranaut posted a message from her Twitter Account, ‘@KanganaTeam’ on September 21, 2020, that read:

Thereby, he further alleged that this message clearly shows her intention to injure the people opposing the Farm Bills. He submitted, that this could lead to tensions between different groups and no action has been taken by the government or police officials to take Suo Moto note of such activities.  Henceforth, he strived for registration of an FIR against her under Section 153A, 504 and 108 of Indian Penal Code, 1860 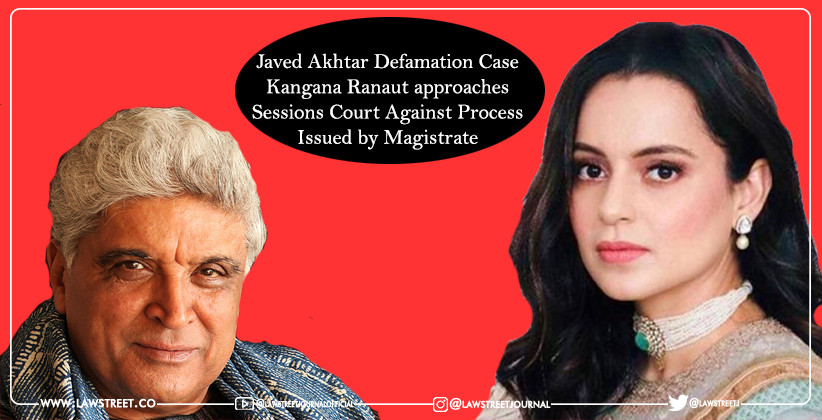 CelebStreet Mar 13, 2021 Tanya Sehrawat ( Editor: Ekta Joshi ) 1 Shares
1 Share
City Civil & Sessions Court, Dindoshi has been approached by Kangana Ranaut to challenge the process issued by a Metropolitan Magistrate Court against her in the criminal defamation case filed by Javed Akhtar as opposed to the remarks she made on him in an interview with Arnab Goswami. Kangana has filed a revision application in the said court which states that the procedure under Sec 200 of CrPC was not followed. The section in question states even witnesses are to be examined on oath...
Read full post