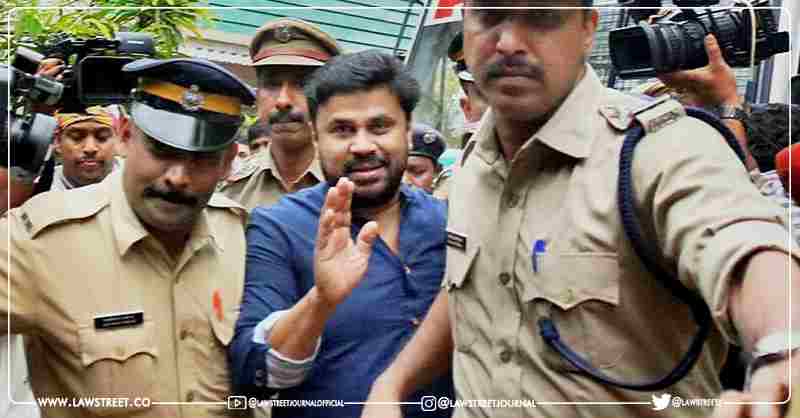 Malayalam cine star Dileep on Monday moved to Kerala High Court seeking anticipatory bail in a case registered against him and five others for allegedly threatening investigation officers probing the sexual assault of an actress back in 2017.

Besides Dileep, his younger brother - P Sivakumar - and brother-in-law - T N Suraj - have also moved to the high court seeking the same relief.

The Crime Branch had on Sunday registered the case on a complaint filed by an investigating officer based on a purported audio clip of Dileep. The same was recently released by a TV channel in which the actor was allegedly heard conspiring to attack the official.

The actor and five others were booked under various provisions of the Indian Penal Code, including Sections 116 (abetment), 118 (concealing design to commit offence), 120B (criminal conspiracy), 506 (criminal intimidation), and 34 (criminal act done by several people). The joint plea moved by all three has claimed that the complaint made against them by the officer -- DySP (Crime Branch) Baiju Paulose - was "false".

They have contended that the allegations in the FIR, registered based on the complaint, are "wholly false and baseless".

The actor and his relatives have alleged, in the petition filed through advocate Philip T Varghese, that the intention behind the registration of the case was to take them into custody and humiliate them before the public. This apprehension is borne out from the past conduct of the complainant officer who right from the start has been trying to falsely implicate the actor in the sexual assault case, the petition has alleged.

Meanwhile, the survivor, an actor who has worked in Tamil, Telugu and Malayalam films, spoke out in public for the first time saying even though she was not the one who committed the crime, there have been attempts to humiliate, silence and isolate her. The survivor, using her Instagram handle, said her name and identity were suppressed for the last five years.

"This has not been an easy journey. The journey from being a victim to becoming a survivor. For 5 years now, my name and my identity have been suppressed under the weight of the assault inflicted on me. Though I am not the one who has committed the crime, there have been many attempts to humiliate, silence and isolate me," she said in her post.

The survivor thanked everyone who had stood by her and said some have stepped forward to keep her voice "alive".

"Now when I hear so many voices speak up for me, I know that I am not alone in this fight for justice. To see justice prevail, to get wrongdoers punished and to ensure no one else goes through such ordeal again, I shall continue this journey. For all those who are standing with me- a heartfelt thank you for your love," she said.

There are 10 accused in the case and initially, police arrested seven people. Dileep was arrested subsequently and let out on bail later.