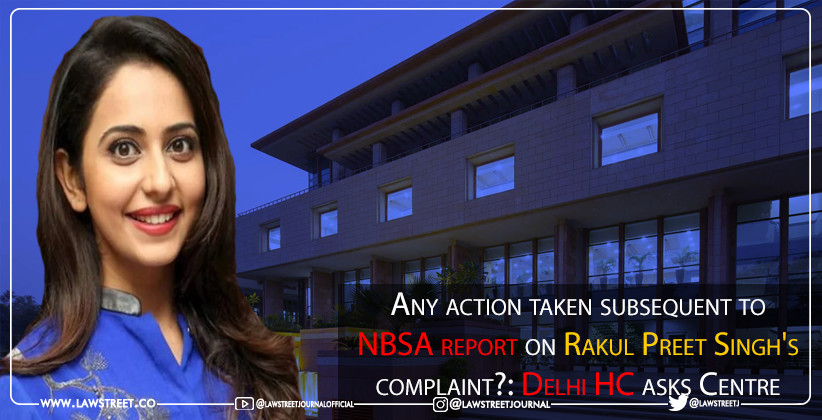 CelebStreet Mar 08, 2021 Snehal Khemka ( Editor: Ekta Joshi ) 7 Shares
7 Shares
The News Broadcasting Standards Authority (NBSA)was recently asked to place on record its report on the complaints made by Rakul Preet Singh against various TV channels for allegedly broadcasting maligning campaign against her as well as connecting her with the Rhea Chakraborty drug case post actor Sushant Singh Rajput’s death. The actress claims that this “slander campaign” being run as a propaganda by media to defame her has charged her with irreparable damage, largely invading her privacy and affecting commercial interests inversely.

The Delhi High Court directed The News Broadcasting Standards Authority (NBSA) to place on record its report/orders on the complaints made by Singh against various TV channels for connecting her with Rhea Chakraborty drug case and take action against media channels that do not have membership under the NBSA. Additionally, the single bench held by Justice Pratibha Singh directed the I&B Ministry to take action against channels that are found to be in violation of the Programme Code in the Cable TV Networks (Regulation) Act, 1995.

The high court mentioned that the leaks to the media need to be investigated as it has massive potential to ruin someone's reputation is totally and further, the NBSA in its orders against various TV channels, observed that several news reports were based on information received from NCB which had not issued any statement disputing the same.

It further directed the TV channels to immediately remove videos of the offensive and misleading broadcasts from their websites and YouTube and to "exercise greater care, caution in future while telecasting such news stories and taglines". The court had earlier expressed the hope that media houses would show restraint in their reports and would abide by the cable TV regulations, programme code and various guidelines, statutory and self-regulatory, while making any reports with regard to the petitioner.

The petition had also alleged that the ministry, PCI and NBA "have failed to discharge their statutory functions of ensuring compliance of their own directives, which has resulted in the flagrant violation of the fundamental rights of the petitioner".

The ministry stated that it has also issued an advisory to all private satellite TV channels for adherence with the Programme Code. The report also states that as per information from the NBA, the News Broadcasting Standard Authority (NBSA) has passed 10 orders in in respect of the complaint filed by the actor, taking action on news reports/ programmes telecast by 13 TV channels including OTV, ETV Andhra Pradesh, CNN News 18, ABP News, Zee News, Zee 24 Taas, Zee Hindustan, India Today, Aaj Tak, News Nation, India TV,TimesNow.