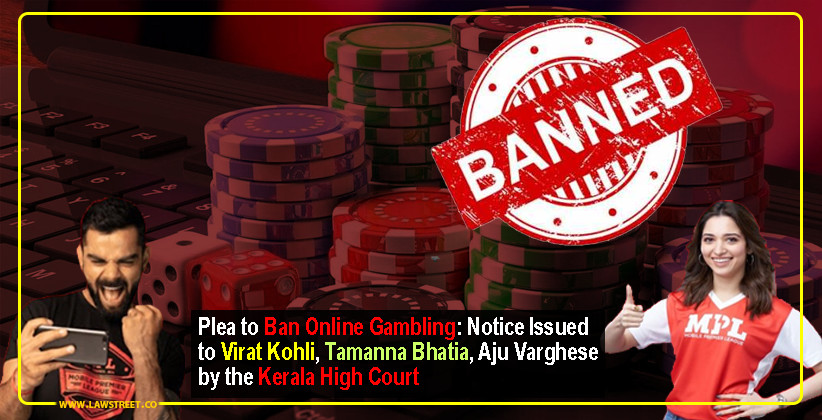 CelebStreet Jan 29, 2021 ADITI AGGARWAL ( Editor: Ekta Joshi ) 1 Shares
1 Share
The Kerala High Court on Thursday (January 28, 2021) issued a notice to the brand ambassadors of online rummy portals including Indian cricket team captain Virat Kohli and actors Tamanna Bhatia and Aju Varghese on a plea seeking to ban online gambling. The notice has also been issued to the state government, who is asked to respond to the plea within 10 days.

The petition was filed by a film director - Pauly Vadakkan against the three persons along with the two companies running online betting portals, which are ‘Play Games 24*7 Private Ltd’ and ‘Mobile Premier League (MPL),’ through Advocate Jomy K Jose. The petition seeks a declaration that online gambling and online betting,particularly "online rummy", are unlawful and illegal.

“These platforms that are even endorsed by celebrities attract their audience with false promise, easily making a fool of unsuspecting people. Primary targets will be middle to low income people who are enticed to make easy money. People fall prey to these fraud platforms only to loose what iloose what is left of their life's savings. There have been reports of such scams from across the state,” the petition states.


Along with this, the petition also highlighted the case of a Kerala boy, who took his life after he lost money in online betting. Further, it pointed out that various high courts and state goverments have already taken action against online gambling, including the high courts of Madras and Gujarat and state governments of Andhra Pradesh, Assam and Odisha. The Kerala Gaming Act 1960, which regulates gambling activities was contended by the petitioner stating that it is inadequate to deal with the online gambling challenges as no provisions have been set in the Act which deals with the activities done virtually via electronic devices.

"The idea of "Games" as envisaged under the Act exclusively includes those games that are conducted in a "common gaming house " by using " instruments for gaming" for the purpose of accrual of profit of gain to the person owning, occupying, Keeping such instruments of gaming in the enclosed physicalpromise. Thus there is always an element of physical premise or present in it,” the plea read.

The Union of India and Delhi Government have been asked by Delhi High Court to treat the petition as a representation and decide the grievances ventilated therein. The division bench comprised of Chief Justice S Manikumar and Anil K Narendran. 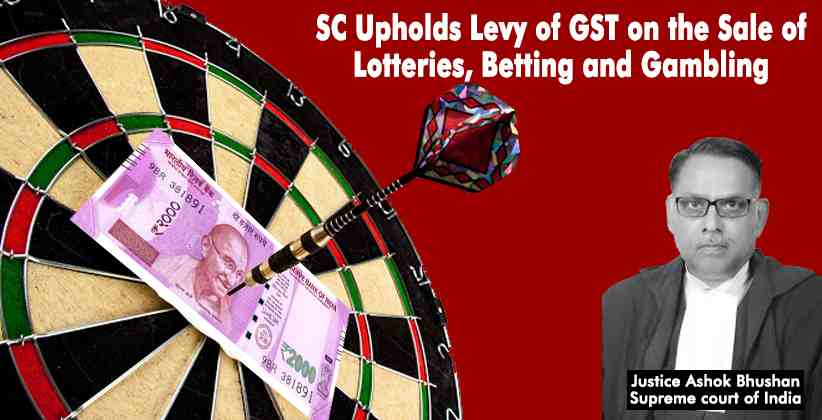 Judiciary Dec 05, 2020 Dev Kumar Patel ( Editor: Ekta Joshi ) 5 Shares
5 Shares
The Supreme court upheld that the Goods and Service Tax (GST) shall be imposed on the sale of lotteries, betting and gambling.The writ petition has been filed for impugning the definition of goods under Section 2(52) of Central Goods and Services Tax Act, 2017 and consequential notifications to the extent it levies tax on lotteries. The apex court bench headed by Justice Ashok Bhushan upheld the notification issued under the Central Goods and Services Tax Act, 2017 wherein the lottery and...
Read full post 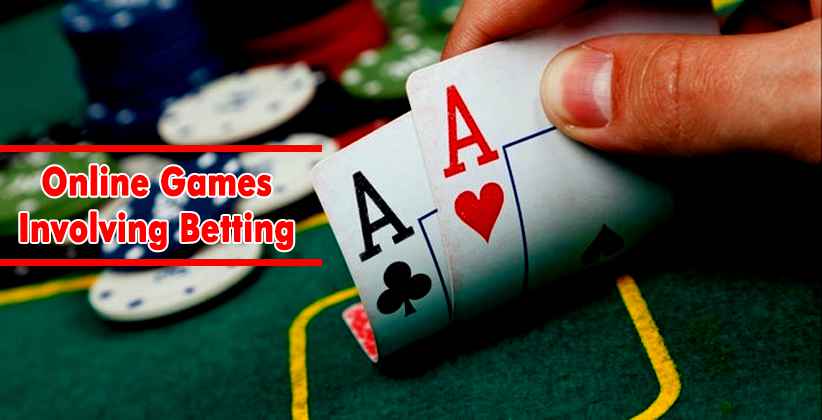 Executive Nov 23, 2020 Parul Singhal ( Editor: Ekta Joshi ) 4 Shares
4 Shares
Due to a rise in number of suicides by gamers, who allegedly lost their money in online gaming, the Tamil Nadu Governor, Banwarilal Purohit has signed an ordinance on Friday (20th November, 2020) to “ban online gaming” involving betting. The Raj Bhavan issued a statement stating that the Government submitted a proposal to the Governor seeking promulgation of an Ordinance by amending relevant acts, as “due to online gaming, innocent people, mainly youngsters are being cheated and some...
Read full post