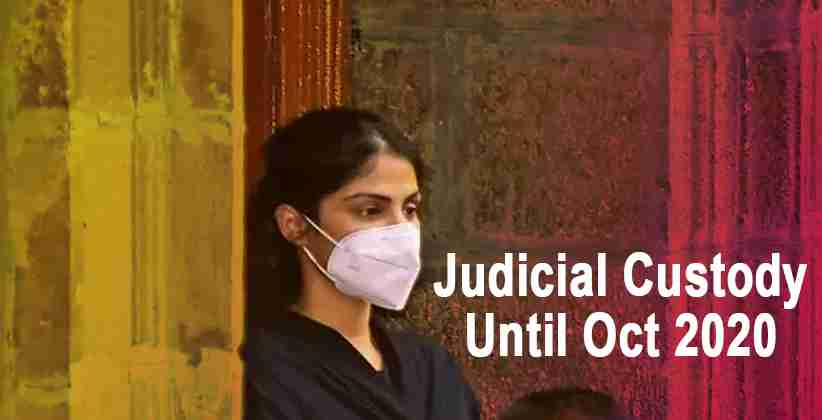 The judicial custody of the Chakraborty’s i.e. Bollywood actress Rhea Chakraborty and her brother Showik has been extended till October 2020. The decision was taken by the Special NDPS Court. The judicial custody was being extended every fortnight. The custody was supposed to end today. However, another extension was stipulated by the NDPS Court. Rhea and Showik have approached for Bail in the High Court whose order is supposed to be published tomorrow, i.e. October 7th, 2020.

When the custody was extended for the Chakraborty siblings last time, The NCB (Narcotics Control Bureau) had visited the jail to record Showik Chakraborty’s statement. The NCB arrested Rhea Chakraborty, allegedly Sushant Singh Rajput’s girlfriend for procuring drugs and other narcotic material for the aforementioned Bollywood actor. Along with Rhea, the NCB also arrested Showik Chakraborty and Sushant’s personal staffers Samuel Miranda and Dipesh Sawant.

Several celebrities have advocated for Chakraborty’s release. Amon these filmmakers Anubhav Sinha tweeted, “That girl has been in Jail for a month. Seriously guys!!!”. Replying to this tweet, actress Swara Bhaskar replied, “RELEASE #RHEACHAKRABORTY”. Kanila Dhillon was also one of the celebrities who had actively advocated against Chakraborty’s arrest. Using Twitter, she stated, “While d conspiracy theories r being mulled over- A young woman is still in Jail #rheachakroborty @Tweet2Rhea CBI has clearly stated no foul play... how long n under what charges can she be kept in jail- And denied bail?? @NCWIndia can anyone give some answers pls?!”.