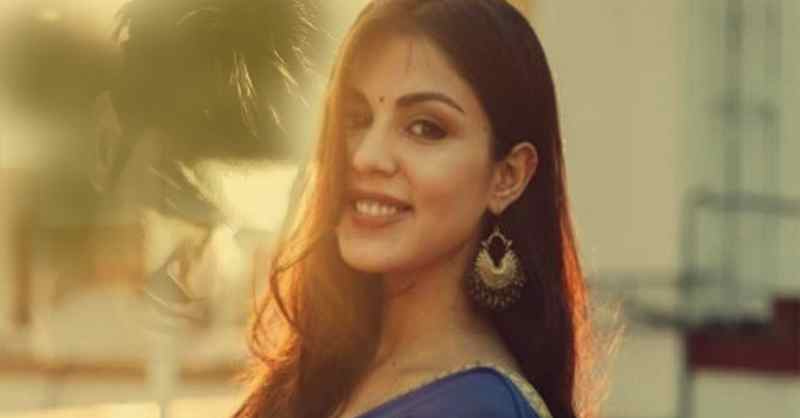 CelebStreet Sep 11, 2020 Lawstreet News Network ( Editor: Ekta Joshi ) 9 Shares
9 Shares
Of late, the internet is splattered with news of Indian actress Rhea Chakraborty and the deceased Bollywood actor Sushant Singh Rajput. Fans of the actor have devised various conspiracy theories explaining the actor’s sudden demise. A Bihar lawyer had even filed a PIL for a CBI investigation to overlook Rajput’s death. The biggest and most recent suspect in the case is Rajput’s alleged girlfriend, Rhea Chakraborty.

The Narcotics Control Bureau has taken over the investigation of the case. On September 8, the NCB arrested the actress on charges of procuring illegal narcotic substances, including marijuana for the late actor Rajput. The NCB has even alleged that Chakraborty was an “active member of (a) drugs syndicate connected with drugs supplies”.  Chakraborty was not the first person to be arrested in the Sushant Singh Rajput case. However, her arrest was under bizarre circumstances. After Rajput’s father KK Singh filed a police complaint, rejecting the fact that his son committed suicide, the blame came on Rhea Chakraborty. She was also alleged to have medicated him against his will and embezzled his money. Consequently, three agencies are investigating Rajput’s death- the Central Bureau of Investigation (CBI), Enforcement Directorate (ED), and Narcotics Control Bureau (NCB).

She could be imprisoned for up to 10 years under Section 20B, Section 27A, Section 28, and Section 29 of the Narcotic Drugs and Psychotropic Substances Act 1985. Section 20B of the Act prohibits the production, manufacture, possession, sale, purchase, transport, inter-state import, and export or use of cannabis.  Section 27A of the NDPS Act lays down the punishment for consumption of narcotic or psychotropic substances which includes cocaine, morphine, diacetylmorphine, or any other narcotic drug/psychotropic substance. “Section 28 of the NDPS Act provides for punishment for any offender slapped with the NDPS Act. Section 29 of the NDPS Act lays out the Punishment for abetment and criminal conspiracy.” “On Wednesday i.e. September 9th, 2020, she filed for bail at the special court under the Narcotic Drugs and Psychotropic Substances (NDPS) Act, saying that she was falsely implicated in the case.” She will be presented before a magistrate for her trial which will be conducted via video conferencing.  However, this was not the only charge on the actress. She has been charged and investigated for various charges including cheating under Section 420 of the IPC, 1860, abetment to suicide under Section 309 of the IPC, 1860, murder under Section 300 of the IPC, 1860, and money laundering under the Prevention of Money Laundering Act 2002. There have been various individuals who have raised questions on the fairness of Rajput’s trial, especially the involvement and treatment doled out to Rhea Chakraborty. In an interview with Mint, Sukhas Gokhale, retired senior inspector and former chief of Azad Maidan unit of the Mumbai police anti-narcotics cell (ANC) said, “The narcotics charges against Rhea Chakraborty are about the marijuana or hashish. There’s no evidence of other drugs. Even if she is found to be consuming it, under the NDPS Act, the accused person can be released under probation if he/she wants to undergo rehabilitation.”