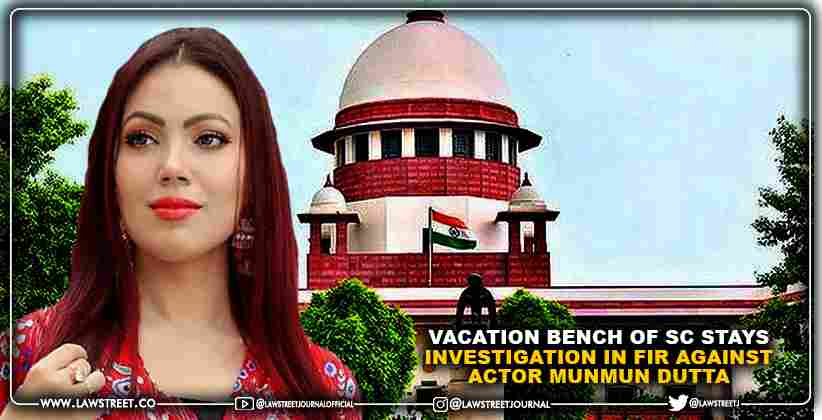 A vacation bench of the Supreme Court comprising Justices Hemant Gupta and V Ramasubramanian, on Friday, June 18, 2021, stayed the investigation in the FIR registered against actor Munmun Dutta, in matter of a casteist slur made by her.

Five FIRs in different states have been filed against the actor under Section 3(1)(u) of the Scheduled Castes and Scheduled Tribes (Prevention of Atrocities) Act for using casteist slur in an Instagram viseo.

Bali submitted, "She is agreeing that she said it, but the context was different. I can show the video. There is only one relief that this Court can gant me and the High Court cannot. Similar reliefs have been granted in matters of Amish Patel etc. 5 FIRs on the same thing in 5 different States".

The Advocate also apprised the court that the petitioner took down the video immediately after she was told the meaning of the ‘casteist slur’ and further submitted that the complaints had been filed for publicity and noted that there was no mens rea.