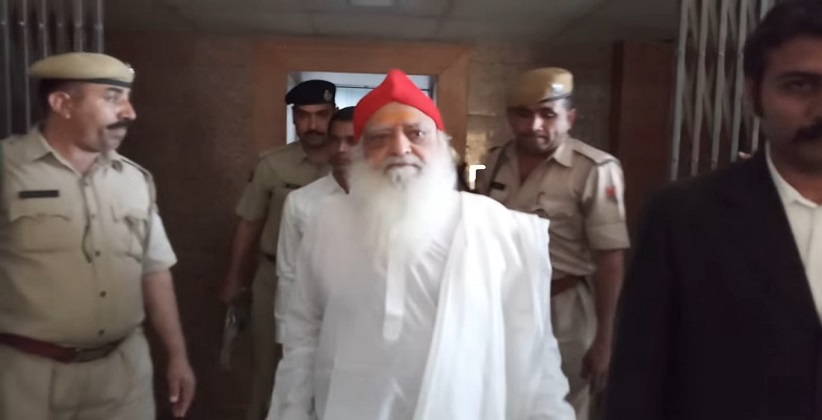 Self-styled godman Asaram Bapu aka Asumal Sirumalani was sentenced to life imprisonment by the Jodhpur Schedule Caste and Schedule Tribe Court, which earlier today found him guilty of raping a minor in 2013.

Along with Asaram, four people were also accused out of which two have been acquitted, and two namely Shilpi Gupta and Sharad Chandra have been found guilty with twenty years of imprisonment each.

The verdict was pronounced from Jodhpur Central Jail where Asaram is lodged. This move was taken after considering the security reasons because Asaram has a huge following across the Country.

Asaram has been lodged in jail since August 31, 2013, for sexually assaulting a 16-year-old girl at his ashram in Manai village near Jodhpur, Rajasthan. He was charged under sections of the Protection of Children from Sexual Offences (POCSO) Act and the Schedule Castes and Tribes (Prevention of Atrocities) Act.

Earlier, the Jodhpur police imposed section 144 in the city to prevent violence breaking out in case his followers try to disturb the public peace after the pronouncement of the verdict.

Stay tuned with Lawstreet Journal for latest news and articles