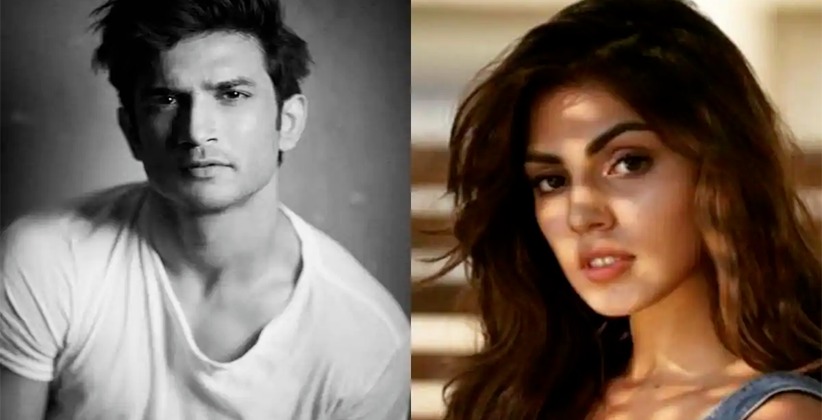 The FIR in the matter has been lodged under has various sections of IPC including 341 (punishment for wrongful restraint), 342 (punishment for wrongful confinement), 380 (theft in dwelling house), 406 (punishment for criminal breach of trust), 420 (cheating and dishonesty inducing delivery of property), 306 (abetment of suicide), 120 B (criminal conspiracy). It makes the following allegations against Rhea Chakraborty: Sushant revealed to her his desire to leave work in films and shift base to Coorg in Kerala, she did not support him, rather told him that he cannot shift from Mumbai.

When she realized that Sushant will not agree with her overstaying in Mumbai, she left his house on 6 June 2020. She also took cash, jewelry, credit cards, important documents, laptop, and medical records along with her. As narrated by Sushant to his sister, Rhea had threatened him of spreading rumors in media about his mental condition that he has gone mad. He also told his sister, that Rhea had been doing it so that he does not get work in the industry. According to Sushant’s father, he was not having any mental illness before he met Rhea in 2019. However, he became mentally disturbed after meeting Rhea, the reasons for which must be investigated, he demanded.  The FIR further claimed that if Sushant was being treated for any type of mental illness, then, why the consent of his family members was not taken. During his treatment, Sushant was taken by Rhea to her residence, where he was overdosed with medicines. Meanwhile, Rhea told everyone that he had dengue. His father alleged that Rhea was stopping Sushant from signing any of the films that were offered to him. She used to put up the condition that Sushant will take up the movie only if she is given the lead role opposite him the film, elaborated Mr. Singh. She also changed the old and reliable staff of the late actor and replaced them with new people, who were known to her. She did this in order to manage his work and intervene in his decisions and other personal affairs. In December 2019, Rhea forced Sushant to change his contact number so as to stop him from talking to his family members and close friends. She even didn’t let Sushant visit his family and hometown Patna. Lastly, he mentioned that in 2019, Sushant had around Rs 17 crore in his account, out of which Rs 15 crore was transferred from it to different accounts that were not linked to him. He alleged that the money was defrauded by Rhea and her associates and demanded an investigation into the matter. Rhea Chakraborty is expected to file for an anticipatory bail in the matter at the earliest.