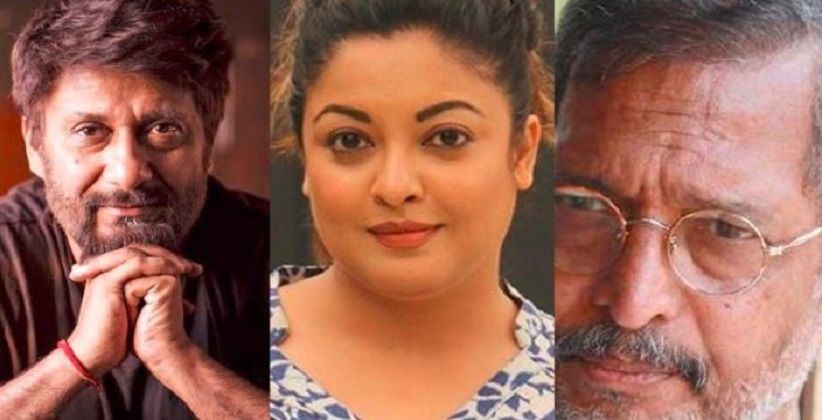 Actor Tanushree Dutta who has recently caught the headlines after she accused veteran actor Nana Patekar for misbehaving with her, has revealed that she has been slapped with two legal notices by Patekar and director Vivek Agnihotri respectively.

"I have been slapped with two legal notices. One from Nana Patekar and another from Vivek Agnihotri. Both their teams are on a smear campaign against me by constructing outright lies and misinformation on social media platforms and other public platforms," the actor said in a statement.

The 34-year-old actor further added that “this is the price you pay for speaking out against harassment, humiliation, and injustice in India."

Director Vivek Agnihotri sent a legal notice to Ms. Dutta on October 3, 2018, a few days after she said in an interview that the director had asked her to strip on set.

In a statement released by Mr. Agnihotri through his legal representative, Nidhish Mehrotra it was stated that “the allegations levelled against my client Mr. Vivek Agnihotri by Ms. Tanushree Dutta for misbehaviour and/or harassment are absolutely false, frivolous and vexatious. These allegations are deliberate and have been borne with an intent to attract publicity and wreak personal vendetta against my client with mala fide intentions. On the instruction of my client, we have served a legal notice to initiate defamation action against her and all the news agencies that have engaged in unethical and immoral conduct to promote sensational journalism without any diligence or proper verification and with the intent of defaming my client.”

Earlier on September 28, 2018, a legal notice was sent to Ms. Dutta by Nana Patekar through his advocate Rajendra Shirodhkar.

“We have denied allegations against Nana Patekar. The legal notice asks Tanushree Datta to apologize and withdraw the allegations. If she fails to, we will initiate criminal defamation proceedings against her,” said advocate Shirodhkar.

Dutta has alleged that Patekar misbehaved with her on the sets of the film 'Horn Ok Pleasss'. She has accused him of harassing her while shooting for a special dance number in the movie.