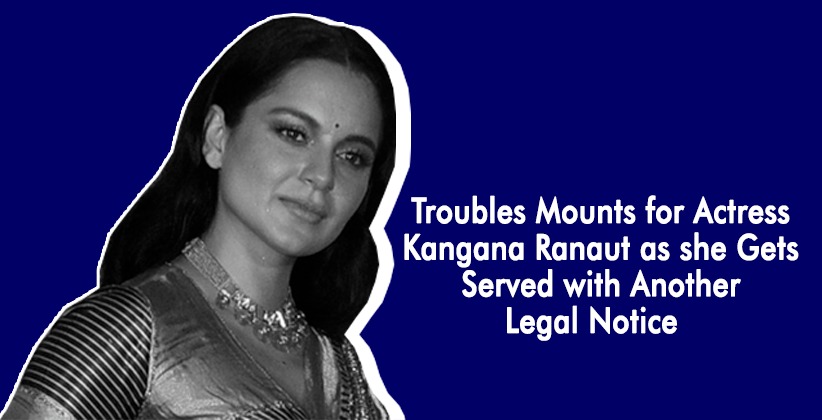 Bollywood actor Kangana Ranaut has got herself mired in yet another controversy after she "wrongly" identified an elderly woman at the ongoing farmers' stir as "Bilkis dadi" who was seen protesting against the Citizenship (Amendment) Act at Shaheen Bagh in the national capital, saying "she is the same dadi who featured in Time magazine for being the most powerful woman". Earlier, Advocate Harkam Singh, in the legal notice dated November 30, suggested Ranaut should have authenticated information before posting it on social media and demanded an apology over her tweets, in which she allegedly misidentified the woman

It all started with the tweet of Kangana Ranaut which reads as “Ha ha ha, she is the same dadi who featured in Time magazine for being the most powerful Indian...And she is available in 100 rupees,” She further tweeted on November 29. “Pakistani journos have hijacked international PR [public relations] for India in an embarrassing way. We need our own people to speak for us internationally.”   The President of Delhi Sikh Gurdwara Management Committee (DSGMC), Manjinder Singh Sirsa once again sought an "unconditional apology" from Actress the day after sending a legal notice for her tweet, which she subsequently deleted. In his tweet, Mahinder Sing Sirsa wrote, "We have sent a legal notice to @KanganaTeam for her derogatory tweet calling the aged mother of a farmer as a woman available for Rs100. Her tweets portray farmers protest as antinational. We demand an unconditional apology from her for her insensitive remarks." The actress who has stood her ground and defended her now deleted tweet on the elderly woman, also reacted to the above. Kangana wrote, "Film mafia filed many cases on me, last night Javed Akhtar filed one more, Maharashtra government filing one case every hour now congress in Punjab is also joined the gang.... Lagta hai mujhe mahan banake he dum lenge. Thank you.