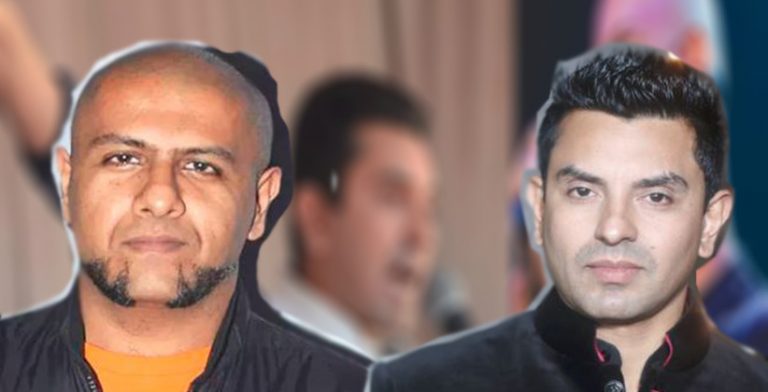 Judiciary May 02, 2019 Lawstreet News Network 0 Shares
0 Shares
The Punjab and Haryana High Court on April 29, 2019, has imposed fine of Rupees Ten Lakhs each on musician Vishal Dadlani and political activist Tehseen Poonawala for 'insulting' Jain Saint Tarun Sagar in a series of tweets in 2016, even though the court quashed criminal cases registered against them as no criminal offence was made out in the case.

Justice Arvind Singh Sangwan passed the judgment on two petitions filed by Dadlani and Poonawala praying for quashing of the FIR registered on the basis of a complaint filed by one Puneet Arora under Sections 295-A, 153-A and 509 of the Indian Penal Code, 1860, and Section 66E of the Information Technology Act, 2000. Vishal Dadlani, in his tweets, had criticized Tarun Sagar's nude appearance as well as the action of the Haryana Government in calling a religious Guru in the Legislative Assembly. Tehseen Poonawala had put semi nude photograph of a lady by way of a Photoshop with the Jain saint and has raised a finger towards his character by comparing him with a slut.

The court observed that the duo have not only insulted Jain Muni but have also hurt the sentiments of the followers of Jain religion. Imposing the fine, the court said that "In recent years, the country has witnessed large scale violent protest on incitement made by using social media platform, thereby, causing extensive damage to public property. However, the preachings of Jain Muni Tarun Sagar about non-violence, sacrifices and forgiveness, has avoided repetition of such like protest. Therefore, it would be appropriate to impose the costs of `10 lacs each on the petitioner – Vishal Dadlani and the petitioner – Tehseen Poonawala, so that in future they may not mock at any head of a religious sect, just to gain publicity on social media like Twitter." The court, however, quashed the FIR, on noting the following facts:- The court directed Poonawala to deposit 5 Lakhs with the Tarun Kranti Manch Trust (Regd.) (a Trust created by late Jain Muni Tarun Sagar) and another 5 lakhs with the Poor Patient's Fund (Prabh Aasra) in Post Graduate Institute of Medical Education and Research (P.G.I.M.E.R.) at Chandigarh. Vishal Dadlani was directed to deposit the fine of 5 Lakhs with the Shri Digamber Jain Mandir Trust, Sector 27, Chandigarh and 5 lakhs with the Punjab and Haryana High Court Advocates Welfare Fund. Accordingly, the court allowed the petitions. The FIR and all other proceedings arising therefrom are ordered to be quashed subject to payment of costs on or before September 1, 2019, failing which these petitions will be deemed to be dismissed, the court said. [Read Judgment]

Judiciary Oct 21, 2020 Parul Singhal ( Editor: Ekta Joshi ) 5 Shares
5 Shares
Punjab and Haryana HC in a case held that “Statements recorded before a Judicial officer in a court of law cannot be said to have lesser sanctity than an instrument of compromise drawn outside the court attested by some oath commissioner notary public or any other authority”. The observation was made by Hon’ble Justice Gurvinder Singh Gill while dismissing a Revision Petition filed by a tenant, against the order of compromise passed by the Appellate Authority under the Haryana Urban...
Read full post