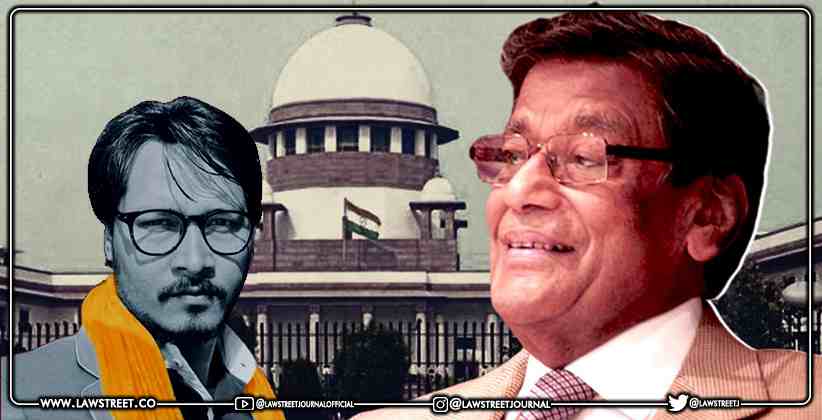 On Tuesday 14th September 2021, Attorney General KK Venugopal  consented to initiate criminal contempt proceedings against YouTuber Ajeet Bharti for his alleged comments criticising the Supreme Court and its judges in one of his videos on the social media platform.

Ajeet Bharti had allegedly criticised the Supreme Court and its judges, calling them ‘sinners’ on one occasion, according to the complaint.

A lawyer identified as Kritika Singh had sought to initiate contempt proceedings against Bharti, who runs the “DO Politics” YouTube channel, on July 1, 2021. She had cited some comments from the video in question, including Bharti’s use of derogatory words when saying that the courts harass those who criticise the collegium and contempt proceedings.

According to Kritika Singh’s complaint, Bharti had also allegedly referred to the Supreme Court judges as “sinners”, saying that they get “blackmailed” by advocates.

“The Supreme Court judges are ‘blackmailed’ to hear a terrorist’s plea of human rights at midnight while relevant issues don’t even get the importance due to them,” Singh said in her complaint, citing Bharti’s comments.

Singh had referred to these alleged objectionable comments made by Ajeet Bharti against the top court and its judges in his video on June 24, 2021  this year.

“I find that the contents of the video which has been watched by about 1.7 lakh viewers are vituperative, gross and highly derogatory to the Supreme Court of India and the judiciary as a whole being clearly intended to denigrate the courts”.

"The allegations made by Mr Ajeet Bharti against the Supreme Court are, among other things, of bribery, favouritism and abuse of power,"he further said in his letter of consent.

The Attorney General said that Bharti, who is an “educated youth”, should have known that his remarks would lead to contempt proceedings. “Particularly since he makes several references to the contempt power of the court, clearly inviting the contempt jurisdiction with all its attendant publicity being invoked against him,” Venugopal added.

Lastly he noted that the YouTuber’s comments “would lower the authority of the court in the eyes of the public and obstruct the administration of justice”.