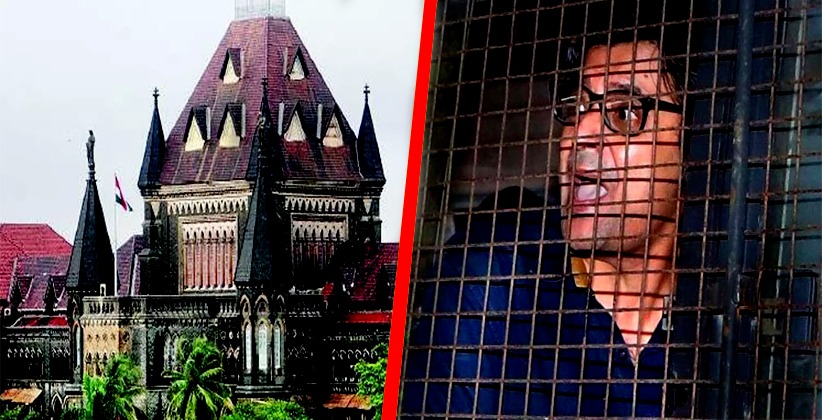 The Bombay High Court on November 9, 2020 refused to grant interim bail to Republic TV anchor Arnab Goswami who was arrested and remanded to 14 days of judicial custody on November 4, 2020, and two other co-accused 2018 abetment to suicide case.

The Court said that there was no case made out for the exercise of extraordinary jurisdiction of High Court under Article 226 (Power of High Court to issue writs) of Constitution of India, 1950 where the petitioner has the alternate remedy of seeking regular bail under Section 439(Special Power of High Court or Court of Session regarding Bail) of Code of Criminal Procedure 1973. It is a well-settled law that if in an original Act there is a remedy firstly we have to exhaust that remedy then only we can proceed to any other Act.

The court said that "Rejection of interim application shall not be construed as an impediment to the petitioner shaking alternative. Observations are coronavirus I nature confined to the present application only."

The court clarified that the accused can approach the Session Court and if such an application is made the concerned courts should decide it within 4 days. The bench also dismissed the interim bail application of the co-accused Nitish Sharda and Parveen Rajesh Singh with the same observation as in the case of Arnab Goswami.

After the announcement of the order by the High Court, Arnab Goswami has filed an application seeking regular bail before the Alibaug Session Court under Section 439 of Code of Criminal Procedure, 1973. The Alibaug Session Court is hearing on November 9, 2020, the revision filed by the Raigad police is against the order of the chief judicial magistrate of Alibaug refusing the police custody of Arnab Goswami.

The two-judge bench comprising of Justice S S Shinde and M S Karnik held in a special sitting at 3 p.m. on November 9, 2020, despite that the High Court being closed for the Diwali holiday, to pronounce the order on the interim bail application in the Habeas Corpus petition which is filed by Arnab Goswami and two other accused person.

Even the bench has also held a special sitting on November 7, 2020, from 12 noon to 6 p.m. to hear the case. Before that, the bench also heard the case on November 5th and November 6th, 2020 from 3 p.m. to 5 p.m. the court also heard the advocates from the co-accused side in this matter.

Thereafter Senior Advocate Harish salve and Abad Ponder made submissions seeking ad-interim bail for Arnab Goswami but the bench refused to grant it. The bench also clarified that the pendency of the case in the High Court will not be an impediment for the petitioner seeking regular bail under Section 439 Code of Criminal Procedure,1973 before the Sessions Court. If such an application is made out to the Session Court and then the same should be decided by the concerned Court within the four days of the filing of the bail application.

Arnab Goswami was arrested on the morning of November 2020 in a case that is registered by the Raigad police in 2018 for LED debating the suicide of a 52-year-old interior designer named Anvay Nayak and his mother Kumud Nayak. He was remanded to judicial custody by chief judicial magistrate Alibaug and was kept at a local school which has been designated as a covid-19 Centre for the Alibaug prison.

On November 8, 2020, he was shifted to Taloja jail in Navi Mumbai on allegation of using a mobile phone while in judicial custody.

During the hearing of the case of Habeas Corpus over a span of three days the two main arguments which are raised by the petitioner firstly the case is politically motivated and secondly even if allegations are admitted no case under Section 306 (Abetment of Suicide) of Indian Penal Code, 1860 is made out however the state government hand denied all the questions of malicious and asserted that the victim’s rights to seek a fair and complete investigation. It was also submitted that the case was not at a stage where the intention of the accused could be examined especially when the suicide note mentions his name.

In the meantime, the remand order had also been challenged by the Raigad police before the Session Court stating that the chief judicial magistrate Alibaug has arrived in not considering the submissions and the ground submitted by the prosecution while seeking the custody of Goswami and two other arrested accused.

The case was registered against Arnab Goswami on the basis of a suicide note which is left by the victim and where Anvay Nayak states that he and his mother decide to take the extreme step on the account of payments due to them not being cleared by the owner of three companies television journalist Arnab Goswami of Republic TV, Firoz Shaikh of IcastX /skimedia and Nitish Sharda of Smartworks.

The Raigad police have closed the case in April 2019 by saying that they did not find any evidence against the accused named in the suicide note including Arnab Goswami. Thereafter in May 2020, the daughter of Anvay Nayak approach the Maharashtra Home Minister Anil Deshmukh seeking the case to be reopened.

On November 7, 2020 the Bombay High Court issues notice to Maharashtra Government in a petition filed by the complainant AdnyaAnvay Naik, seeking enquiry against those police officer who miserably failed to investigate the case and filed the closure report earlier. The closure report is filled by the police when prima facie no case is made out against the accused under Section 169 Code of Criminal Procedure, 1973.

Judiciary Mar 11, 2021 Snehal Khemka ( Editor: Ekta Joshi ) Shares
0 Shares
The Bombay High Court, on Friday, March 05, 2021 granted interim protection to Republic TV  editor-in-chief Arnab Goswami, exempting him from personally appearing before the Alibaug magistrate in relation to interior designer Anvay Naik’s abetment to suicide case till April 16. Goswami was earlier asked to appear before the court on March 10.  The CJM had also refused to give exemption from appearance.Goswami had sought exemption till his petition to quash the FIR and chargesheet...
Read full post