Youths Land In Jail For Brandishing Pistol In Tiktok Video 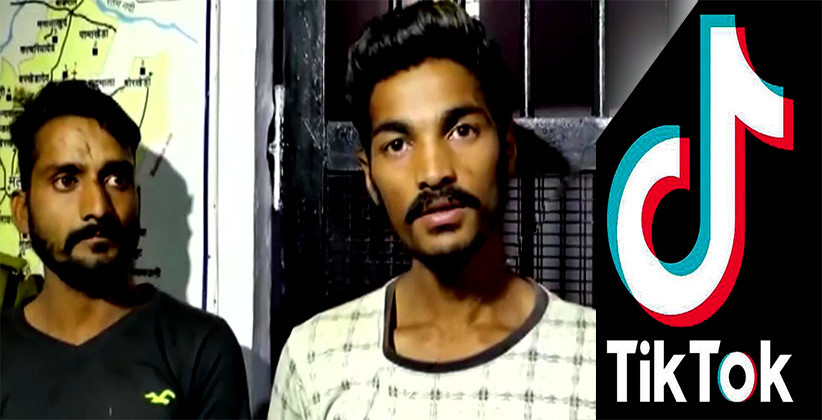 The accused identified as Rahul and Kanhaiya uploaded a TikTok video where they can be seen riding a bike and brandishing a pistol.  After the video went viral, the police got into action and nabbed the two accused.

"Just to get more comments and likes on Tiktok, I made this video. I arranged a pistol from a friend. I never thought that the video could get me into trouble. It may end my career," said Rahul. Dilip Rajaoria, Malhargarh police station in-charge said, "We found this video on social media but were unable to ascertain the exact location where it was shot. A colleague of mine told me that the railing shown in the video was of our police station area. We also found that the name Rahul written on the hand of the person brandishing the pistol. Hours later we nabbed them." Apart from the pistol, the police have also recovered three live cartridges from the possession of the accused. The motorcycle used in the video has also been confiscated by the police. (Source ANI)