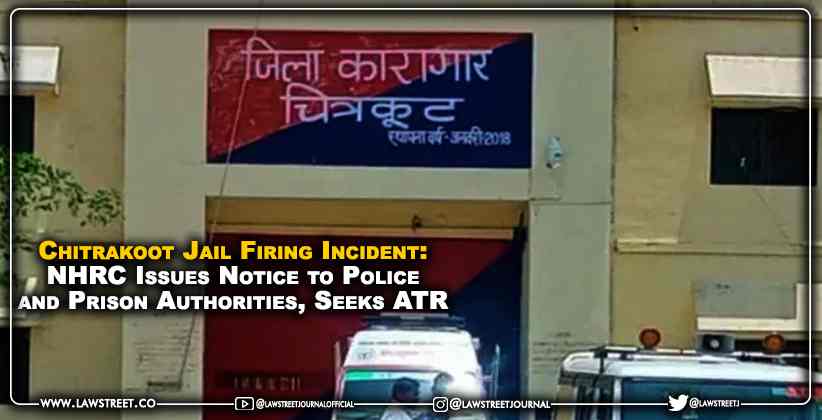 The National Human Rights Commission (NHRC) has requested a response from the Uttar Pradesh DGP, as well as local and prison authorities in Chitrakoot, regarding a recent shooting incident in a district prison that claimed three lives.

On May 14, 2021, a prisoner allegedly snatched a pistol from a prison guard and killed two other inmates. As a result, he was also killed in a jail staff shooting.

The state government has already suspended the Jail Superintendent and Jailor, blaming them for security lapses.

The Commission has also requested a site plan of the crime scene, including details on the positioning of forces/police and the deceased during the encounter, as well as a report from a fingerprint expert detailing whether the chance prints found on the seized weapon match the fingerprints of the victim alleged to have fired the recovered weapon or not.

It has been requested that the following documents be included in the report:

The NHRC has also requested that the State Human Rights Commission of Uttar Pradesh, through its Secretary, notify it of the date of cognizance, if any, in this matter.