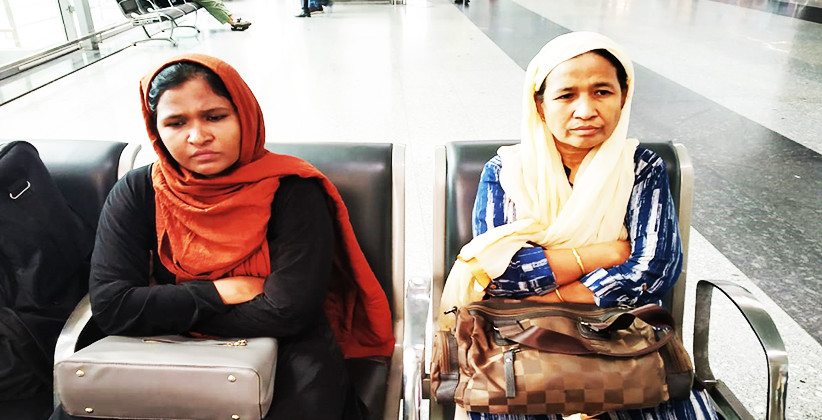 Sub-Inspector Manjit Kumar of CISF, deployed as screener, observed suspicious images in a handbag. The bag was picked for thorough checking. During this process, the lady constable Pratima Yadav of CISF noticed a false bottom in the bag. The false bottom was cut open in the presence of the passenger and 33,000 US Dollars (330x100) were detected which were concealed in the false bottom of the said bag. The passenger was later identified as Mumtaz 53 Years who was supposed to travel to Imphal by Indigo Airways flight No. 6E-6114.

In the meantime, Sub-Inspector T.N. Farouqi of CISF deployed as screener at Domestic Security Hold Area No. 2 at another X-BIS machine also observed suspicious images in the bag that belonged to Mumtaz.

Later, on the basis of CCTV footage observed by CISF Surveillance Team, it was noticed that prior to security check Mumtaz was in contact with one lady passenger wearing the face veil. On the basis of electronic and manual surveillance, the lady was identified and brought to Security Hold Area for enquiry.  She was later identified as Praveen Banu Abu Backer, PP No. R8498612, who was supposed to travel to Imphal on the same flight i.e. 6E-6114.

On tactful questioning and checking of boarding pass of both the passengers, it was revealed that both had booked 02 registered baggages each i.e. total 04 baggages in the flight.  In coordination with Custom official and Indigo Airlines officials, the baggages were retrieved from BMA and were physically checked in presence of Custom official and Airlines officials. On thorough checking of the baggages, it was noticed that they also contained false bottoms. After opening of the false bottom of the baggages, high volume of foreign currency concealed in the false bottom of all 4 registered baggages was detected.