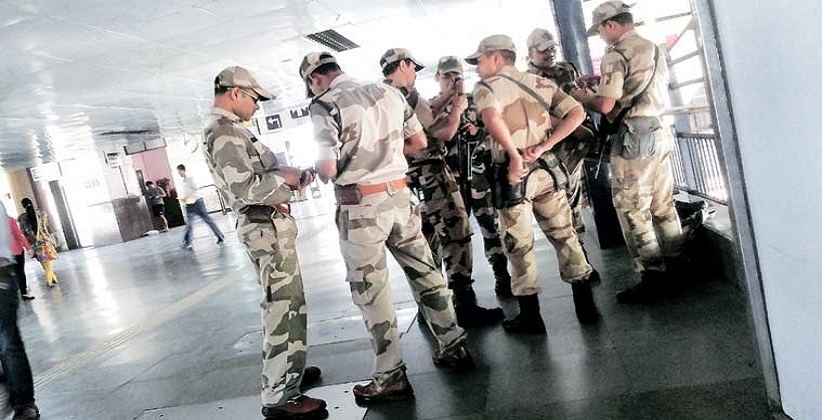 He asked nearby passengers but no one came forward to claim the bag. Immediately, the bag was checked for security purpose and the CCTV footage was reviewed. The matter was informed to senior officers of the force and Station Controller. It was ascertained that there was nothing posing a threat of any kind when it was opened in presence of Station Controller the bag had cash amounting to Rs.55,760 with other valuables.

The CCTV reported that a lady passenger forgot to collect her bag from X-BIS machine output roller and went inside the metro premises. In the meantime, a lady passenger Suruchi Agrawal 33 years came to the security point and claimed the bag.

She was taken to the Station Controller Room where she informed that she came to Delhi for the purpose of VISA. Subsequently, after proper verification, the bag containing cash and other valuables was restored to her. After getting her bag, she thanked the force.