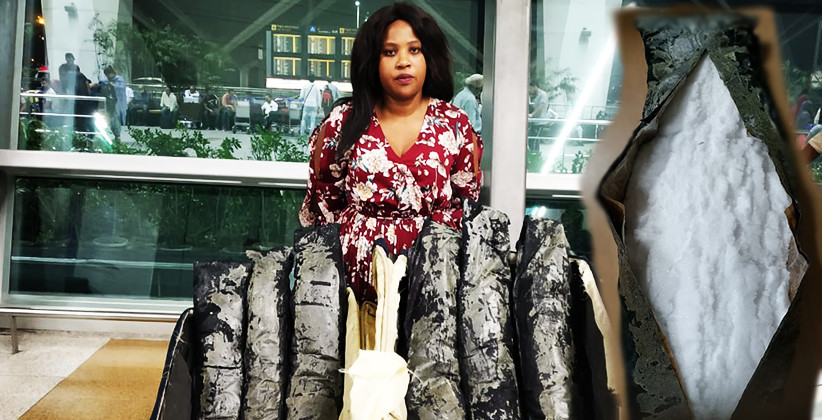 CISF surveillance and intelligence staff of IGI Airport detained the lady passenger through checking at Departure of T3. The lady was taken to the random checking point to get thoroughly checked with her luggage. When her bags were checked, 6 pouches filled with white granular and powder substance were found, concealed in the false bottom of a trolley bag and 2 more pouches were found concealed in 2 books kept in another bag. The recovered 2 pouches were concealed in the books by cutting the inner pages of the books and making sufficient space so that the packets could be concealed. The recovered substance was tested and confirmed it as Pseudoephedrine drug.

The accused was identified as Nomsa Lutalo, Passport No. A05093289 (South African), who was supposed to travel from New Delhi to Johannesburg via Abu Dhabi by Etihad Airways flight No.EY-211 (STD-0430 hrs). The matter was informed to senior officers of CISF and NCB officials. The case has been registered under relevant sections of Indian Penal Code, 1860 and further probe is underway.