Complaint filed against Mamta Banerjee for " Goons from Bihar" remark 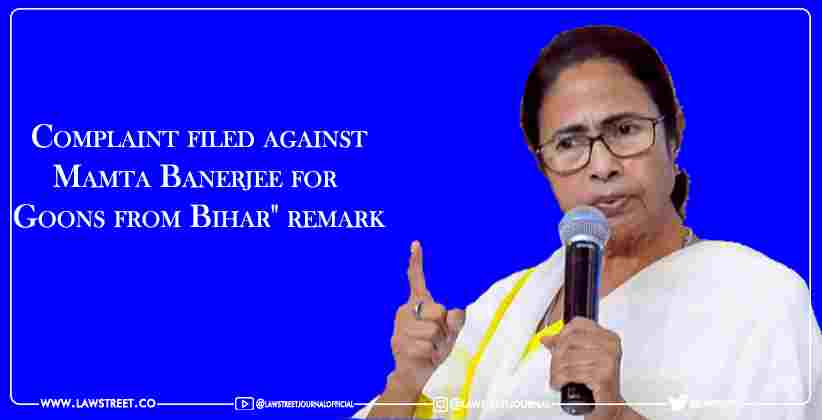 Crime, Police And Law Apr 06, 2021 Nargis Bano ( Editor: Ekta Joshi ) 5 Shares
5 Shares
On Thursday (April 1, 2021), a complaint was filed against theChief Minister of West Bengal— Mamta Banerjee. During her recent election campaign in Bihar for Assembly Elections, she had made violent and derogatory comments against the Bihar residents. Miffed by the TMC chief’s recent disparaging remark against the Biharis during campaigning for assembly elections, a local advocate named Sudhir Kumar Ojha has filled the petition before the Court of Judicial Magistrate.

Ojha, an advocate who has filled the petition against Mamata Banerjee is known for submitting petitions to foreign politicians, movie stars and even the heads of the state. Few of them have entered the approval stage. He requested the police an FIR be lodgedagainstBanerjee.

He has filed the case under sections 147 and 148 (rioting), 295 and 295(A) (deliberateinsult) and 511 (attempt to commit an offence) of the Indian penal Codeagainst the politician.