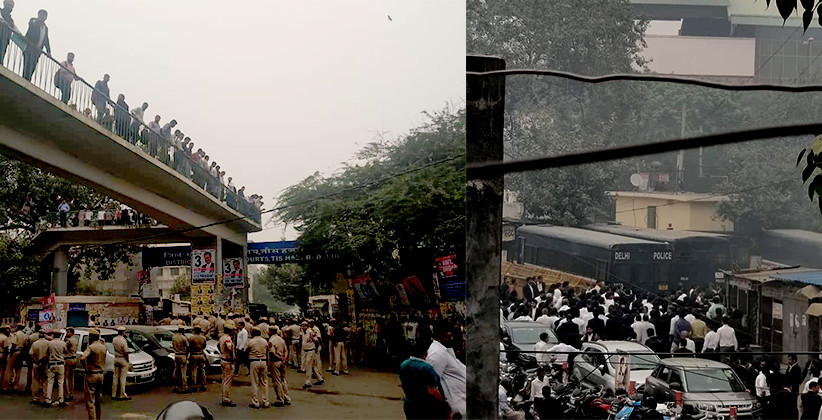 In light of the brutal attack on lawyers in the Tis Hazari Court, the Delhi High Court Bar Association (DHCBA) has called its members to abstain from work on Monday (November 4, 2019).

The decision was taken after a meeting of the Executive Committee held on November 2, 2019, to discuss and deliberate upon the action to be taken to protest against gross and inhuman brutalities committed by personnel of Delhi Police on Advocates inside the Tis Hazari Court Complex.

Expressing alarm and anger over the incident, the Committee termed it as rarest of rare cases which warranted a call to members to abstain from work on November 4, 2019.

The clash between police and lawyers over a parking dispute within the court premises aggravated as three lawyers got shot by the police and several other injured.

Taking suo moto cognizance of the incident, a Division Bench comprising of Chief Justice D.N. Patel and Justice C. Hari Shankar on November 3, 2019, ordered a judicial enquiry into the incident and granted ex-gratia payment to the injured Advocates.

The court appointed former Delhi HC judge Justice S.P. Garg to head the judicial inquiry into the matter. The court said that he will be assisted by Director CBI and the inquiry shall be completed within six weeks and a report be submitted in the court.

Further, the court directed suspension of two erring police officials and transfer of two senior police officials. It also directed the Delhi Police Commissioner to record the statements of all injured advocates and to immediately lodge the FIR.

The DHCBA notice also consist of a list of proxy counsels who shall assist the court during the abstention of work.