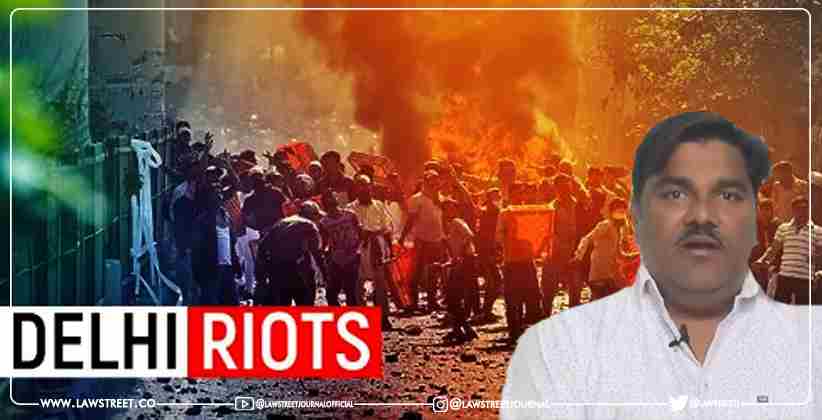 The Delhi High Court will be hearing on August 6 the bail pleas filed by former Aam Aadmi Party Councillor Tahir Hussain in the two FIRs registered against him in connection with the northeast Delhi riots case.

A single judge bench comprising of Justice Yogesh Khanna issued notice in the bail application and had sought Delhi Police's status report to be filed before the next date of hearing.

The second bail application, listed before Justice Subramonium Prasad, was also tagged along with the plea being heard by Justice Khanna.

"Issue notice. Learned SPP accepts notice and seeks to file status report. As sought, status report be filed before the next date of hearing with an advance copy thereof to the learned counsel for petitioner through email," the Court ordered.

The bail pleas are filed in connection with two FIRs registered in relation to information received by a Trauma Centre regarding gunshot injuries sustained by Ajay Kumar Jha and Prince Bansal.

The Trial Court had in May this year denied bail to Hussain in both the FIRs after observing that it is prima facie apparent that Tahir Hussain used his muscle power and political clout to act as a kingpin in planning, instigating and fanning the flames of communal conflagration.

The spread of riots on such a big scale in such a short time is not possible without a premeditated conspiracy. So, now when the applicant found himself up against the wall, he cannot pass on the buck by simply taking a plea that since he did not participate physically in the riots, so he has no role to play in the riots. It is prima facie apparent that the applicant abused his muscle power and political clout to foment communal violence in the area," the Court observed while denying bail to Hussain.

It was also argued that there was no cogent and legal evidence to connect him with the incident alleged in the matter and that there is no video footage evidence on record to show that he had participated in the riots or caused damage to any property.

They were in a position to mobilise the local persons from a particular community to come up in arms against the persons of other community and law enforcement agencies to create havoc. The apparent object of execution of such smaller conspiracy(ies) was to make the presence of a particular community felt, to create a rein of terror and to destabilize the law and order position, so that the Central Government could be made to succumb to their demands," the Court had said.