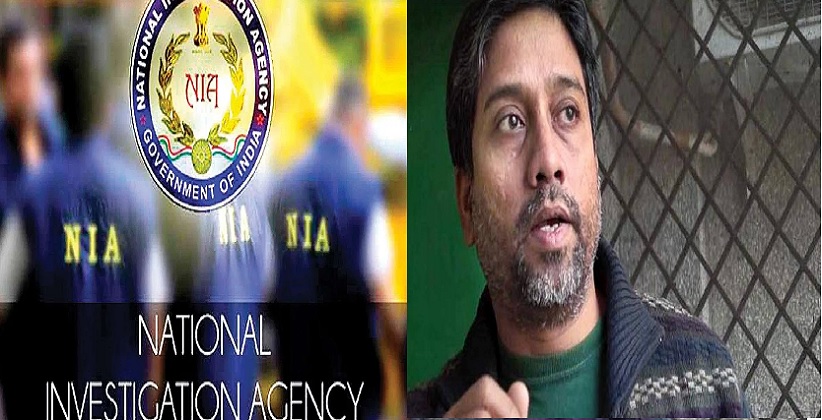 On Wednesday (29th July) it was observed by the Special NIA Court, Mumbai that the allegations made by the National Investigation Agency (NIA) against Hany Babu, Associate Professor, Department of English at Delhi University were serious in nature. He was sent to NIA custody for seven days till 4th August in relation to the Bhima Koregaon case.

The 54-year-old professor was arrested by NIA, Mumbai on 28th July and the professor has been accused of having links with the banned CPI (Maoist) by the central agency which took over the probe from Pune police in January. There had been a recovery of various letters from the seized electronic articles which indicated his involvement in the case during the probe, the NIA has alleged.

Justice AT Wankhede observed that the allegations made against the accused were serious in nature. He is alleged of having connections/ links with banned outfit CPI Maoist.

He said that the investigating officer wishes to confront the accused with various facts established from the other accused. The demand for custody is well-founded, looking at the nature of the offense and allegations leveled against the accused. But in place of ten days, the accused will be remanded to the police custody for seven days i.e. up to 4th August.

The application filed by NIA states that the accused had association/links with CPI (Maoist) party. The role of the accused was determined from various letters that were recovered from electronic articles during the investigation.

Advocate R Sathyanarayanan appeared on behalf of professor Babu. He submitted that his client has been interrogated by the agency for the last four to five days and so custodial interrogation of the applicant accused is not needed in the case.

Further, an application was made on behalf of the Professor seeking permission to allow necessities like clothes, home food, medicines, etc. Justice Wankhede gave permission only for clothes to be provided to the accused.

Babu’s residence was raided by the Pune police in September last year and all his electronic devices and books were confiscated. Those confiscated devices are being used by the agency as evidence against Hany Babu. He was summoned by NIA in Delhi to appear before them on 15th July in Mumbai.

In the FIR registered with the Pune Police, all the accused have been accused under various provisions of the Unlawful Activities Prevention Act (UAPA) for inciting caste-based violence that happened at Bhima Koregaon on the 200th anniversary of the Battle of Bhima Koregaon held near Koregaon Bhima village on 1st January 2018. The Elgar Parishad conclave which took place a day earlier to commemorate the 200th anniversary is allegedly linked to the violence which took place the next day.

The defense committee for former DU Professor GN Saibaba was led by Hany Babu. Professor GN Saibaba was given a sentence of life imprisonment by a Gadhchiroli Sessions Court in 2017. The Court came to the conclusion that the wheelchair-bound professor with 90% disability had some association with the Revolutionary Democratic Front (RDF), allegedly affiliated to outlawed CPI (Maoist) organization and he was held guilty of conspiring to wage war against India.