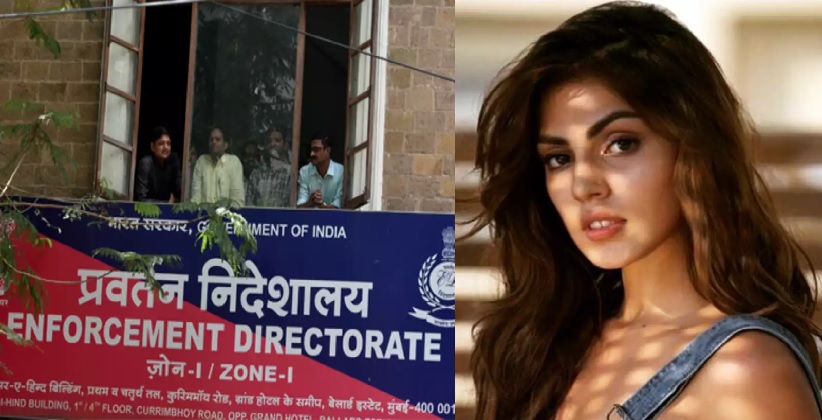 Crime, Police And Law Aug 03, 2020 Shreedhara Purohit ( Editor: Ekta Joshi ) 25 Shares
25 Shares
Even as there is a growing clamor for a CBI probe in the Sushant Singh Rajput death case, the Enforcement Directorate (ED), the central agency to probe financial crimes, has gone ahead and lodged a money laundering case in connection with the death of Bollywood actor Sushant Singh Rajput. An ED official said that it has registered a criminal case under the Prevention of Money Laundering Act (PMLA), 2002. ED officials clarified their probe will be limited to suspected illegal money transactions.

The development comes amid the complaint of K.K. Singh, father of Sushant Singh Rajput, to Bihar Police against actress Rhea Chakraborty. The Bihar police had filed a case of abetment to suicide, criminal breach of trust, illegal confinement, and restraint against Sushant's friend Rhea Chakraborty and her family members including father, Inderjit Chakraborty. And on the basis of this FIR, ED has named Rhea and her family members in the case. The official said that in the coming days the agency will summon a number of people for questioning in the case. The agency has now taken cognizance of this FIR.  The ED mentioned the case under Prevention of Money Laundering Act, 2002 has been filed because of Sushant's father complained to the Patna Police. He had alleged that Rhea and her family had "siphoned off" of Rs 15 crores from his son's bank accounts.

The ED on July 30, sought details of the FIR registered against Rhea by the Bihar Police and the details of two companies owned by Sushant Singh Rajput and Rhea's family from the banks. The ED has also sought details of the financial transactions of VividrageRhealityx, in which Rhea is a director, and Front India For World, in which her brother Showik is a director, the source added. The ED suspects that these two private entities hardly did any business and could be shell companies. The ED will be issuing summons to key players including Rhea next week. Under section 5 of the PMLA, the statement of a witness or suspect is recorded. It is a handwritten statement. ED officials say an examination of any witness can go on for days.  On July 31, Actress Rhea Chakraborty broke her silence after the ED and Bihar Police filed criminal cases against her. In a short video statement, Rhea said," I have faith in god. I hope I get justice. Satyamev Jayate. The truth shall prevail."