On Monday (26 October 2020), the Former Union Minister Dilip Ray has been awarded a three-year jail term by a special Court of Delhi. Ray was awarded jail term in a coal scam case pertaining to irregularities in the allocation of a Jharkhand coal block in 1999.

Other than Dilip Ray, the special CBI Court also handed a three-year jail sentence to Pradip Kumar Banerjee and Nitya Nand Gautam, who were the senior officials of the Ministry of Coal at that time, and to Castron Technologies Ltd’s Director, Mahendra Kumar Agarwalia.

While pronouncing the sentence, special Judge Bharat Parashar also imposed a fine of the sum of ₹10 lakhs on each of them. The Court further imposed the fine of ₹ 60 lakh on CLT and ₹ 10 lakh on Castron Mining Ltd, who were also held guilty in the case. Dilip Ray who was the former Minister of State (Coal) in the Atal Bihari Vajpayee government, was convicted under various sections which include criminal conspiracy too, which varies a maximum punishment of life imprisonment.

As white-collar crimes are on the rise and maximum punishment required, the CBI had sought life imprisonment for the former Union Minister and other convicts, in order to send a message to society. 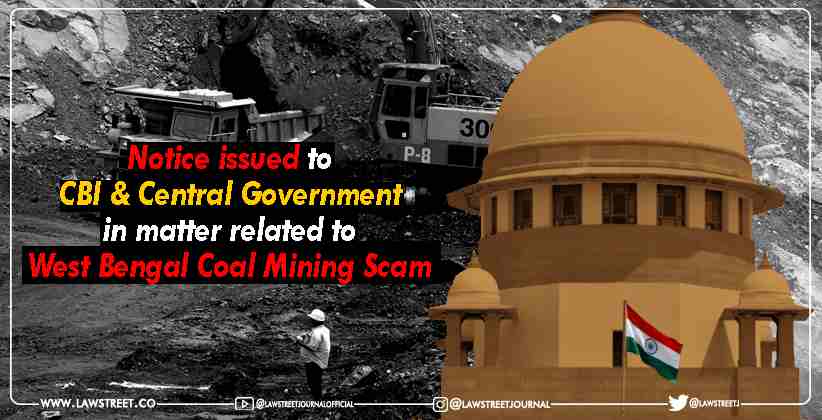 Judiciary Feb 24, 2021 Mathews Savio ( Editor: Ekta Joshi ) 3 Shares
3 Shares
The apex court of the country has issued notice to CBI and Central Government in a matter related to West Bengal Coal Mining Scam.The notices were issued on Monday (February 22, 2021) when the Supreme court was considering a plea filed by one of the accused in the West Bengal Coal Mining Scam. The plea was filed challenging an order by a Single Judge Bench of Calcutta High Court. The said order allowed CBI to investigate the West Bengal Coal Scam within the 'Railway area' of the State.The...
Read full post